If you’ve been following me on The Facebooks, you know that a big event in the real world happened last week: namely my middle son and his den crossed over from Cub Scouts into Boy Scouts. I have very strong and fond memories of my own crossover, so as their den leader, I felt compelled to somehow connect my experience to theirs. One of the memorable parts of our Arrow of Light ceremony was that our Cub Master, dressed in full Native American regalia (which isn’t kosher these days for good reason), gave each of us an animal name (a Native American name…again, not exactly PC). What I like about that part of the ceremony was that the animal somehow represented both strong and weak elements of our personalities, it was meant to call attention to the positive aspects of ourselves, but also provide some constructive feedback about what areas we could grow as we continued on as scouts.

I only had four boys in my den, two of which were new to our group within the last year or so, and of the other two, one was obviously my son, and the other was his best friend since kindergarten. I spent a looooooong time trying to come up with appropriate animals and words of wisdom to include, but in the end, I’m hopeful that they appreciated my “words of wisdom” as well as the cards I drew for them. When I received my Arrow of Light, my animal name was inscribed on the shaft, but I wanted to go a little further. I made each boy a Pokemon-ish card with an illustration of their animal on one side and all my words of wisdom on the back. I laminated them so that they could carry them in their uniform pockets for the rest of their scout careers. 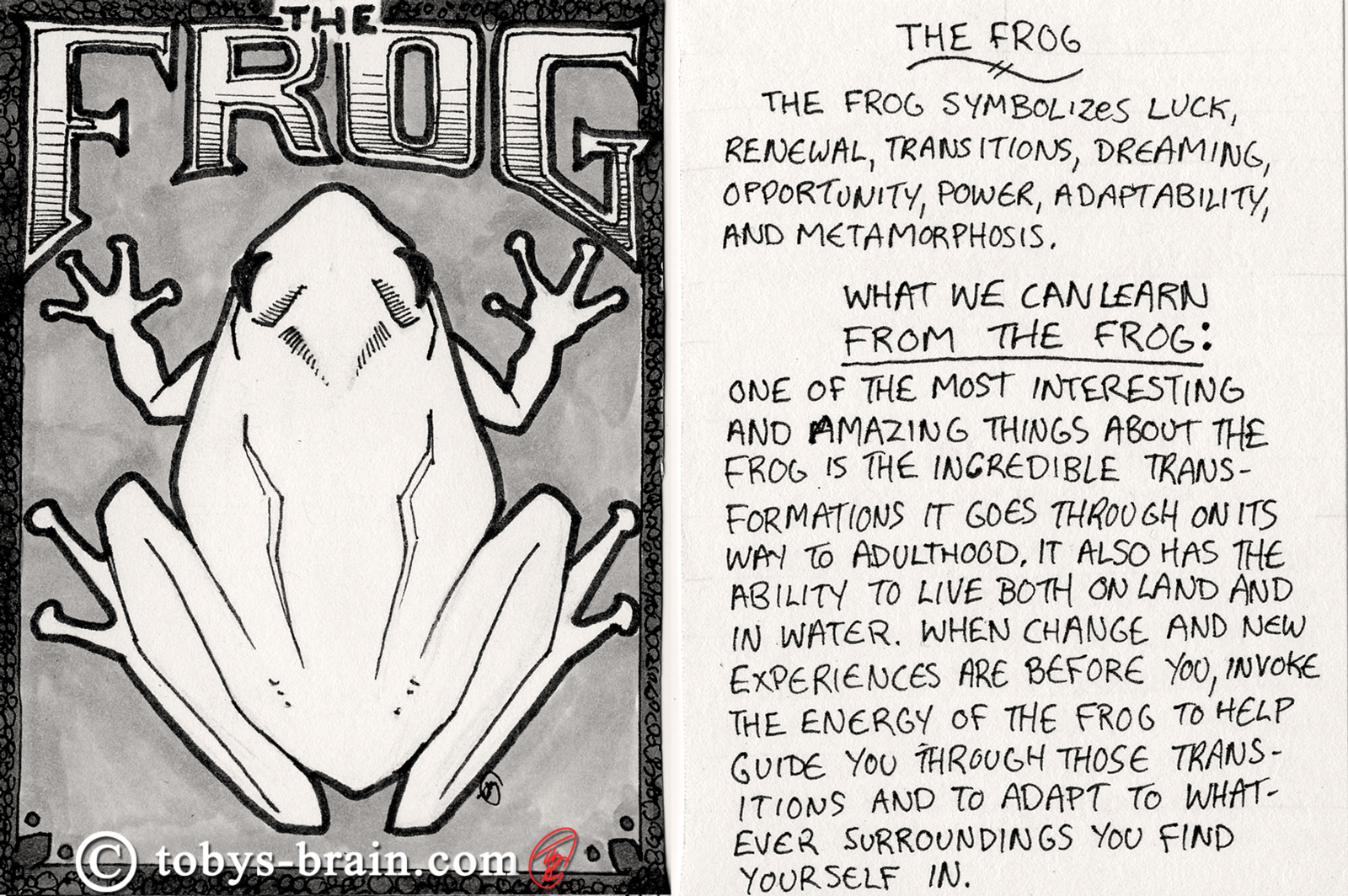 I really like the overall design I came up with for this one, and I love the symbolism associated with the frog. 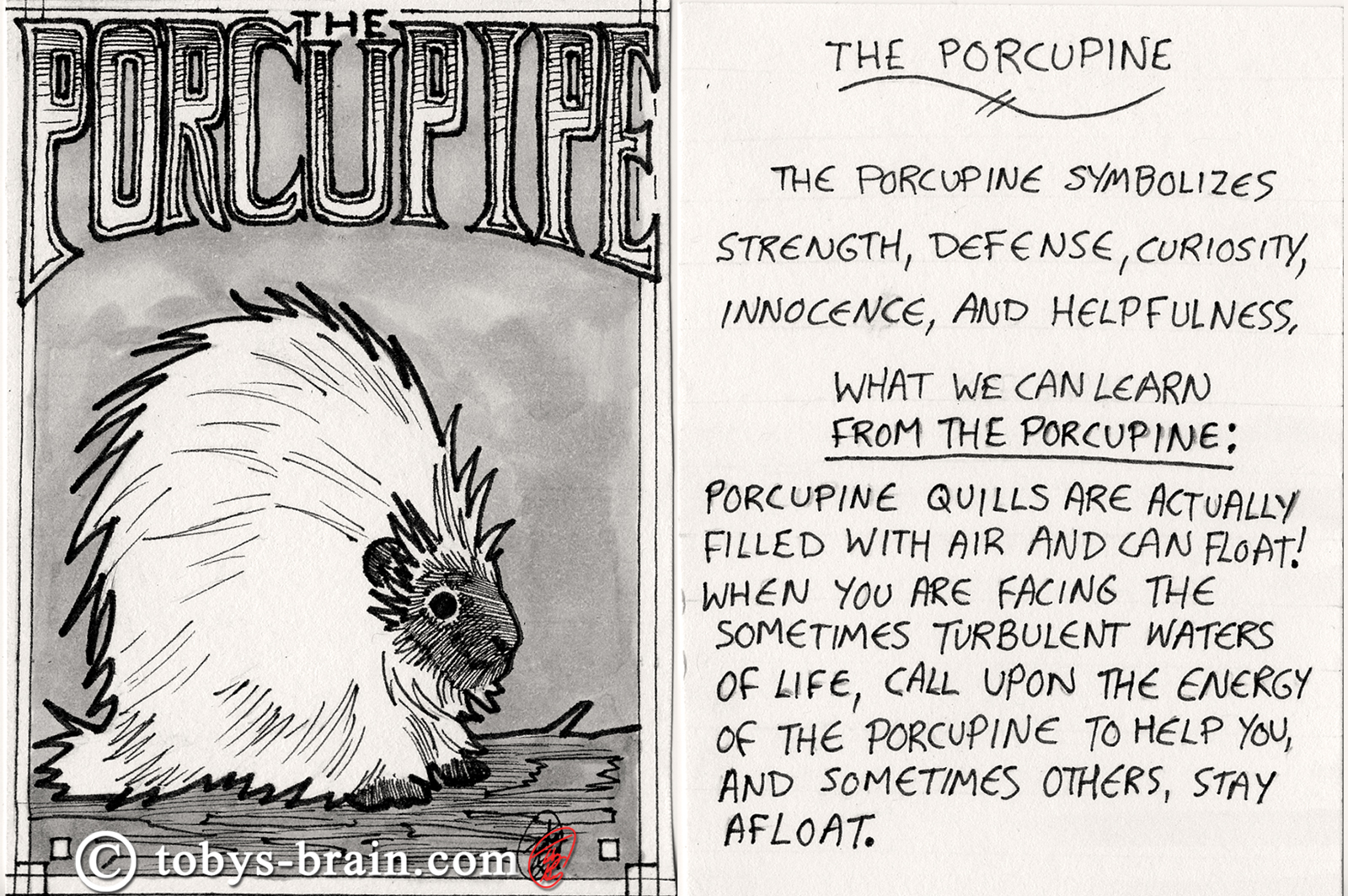 This was the original version of this one…a day before the ceremony, my youngest spotted a problem that I just do NOT know how I missed…

Fortunately, I had scanned the cards before I had to ship the scanner back because of a defect, so I was able to correct my error (seriously, porcupipe? How did I manage that?) in Photoshop, print it up, and laminate it before the ceremony. 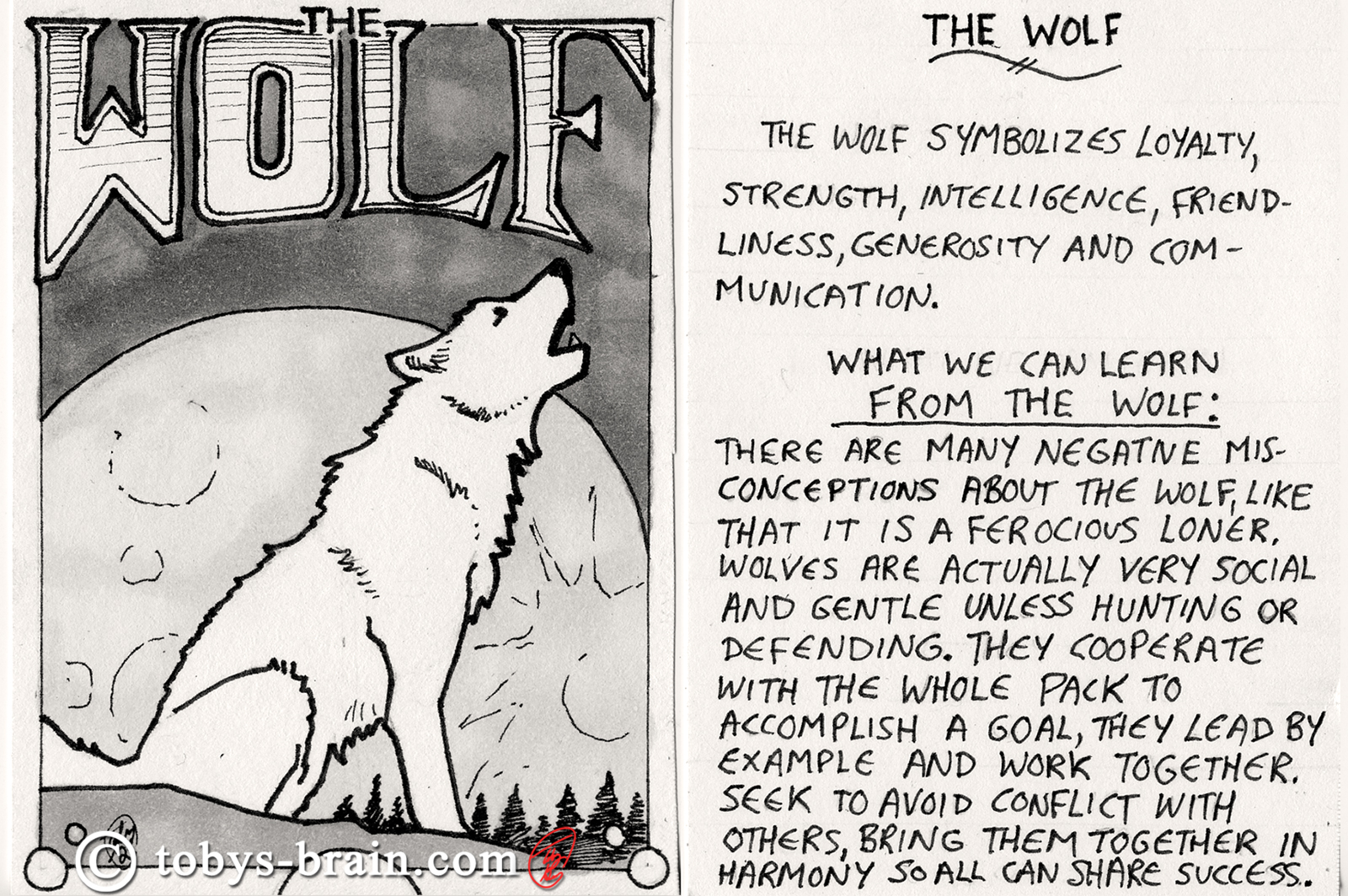 This isn’t really a novel wolf image, something similar to it has been drawn or painted thousands of times, undoubtedly. Still, I’m happy with it and the contrast of tones I composed. 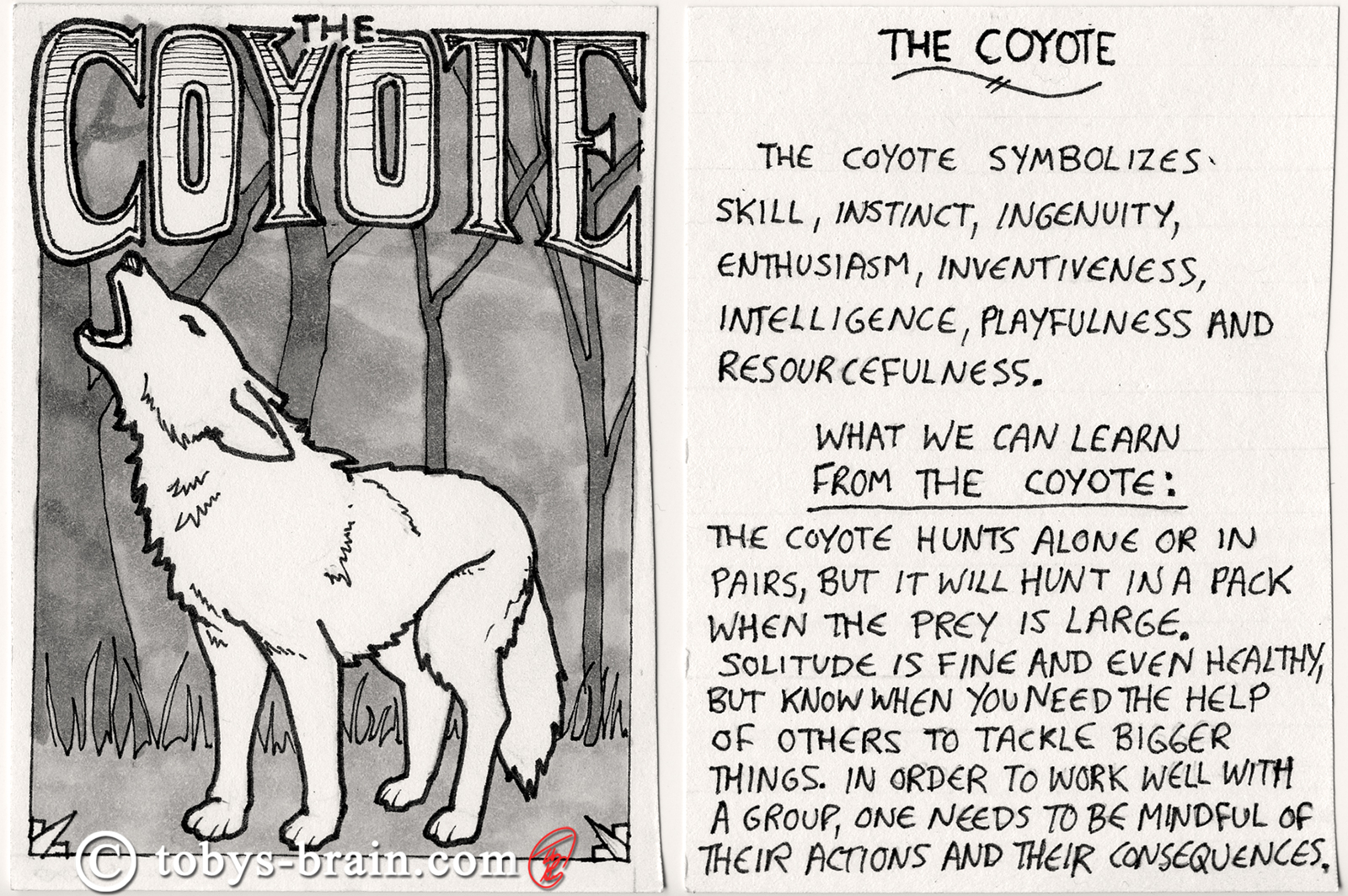 The wolf and the coyote are so similar, it was hard not to replicate the image from the wolf, but I’m happy with this layout, too.

There you have it. I had posted some photos of these on the FB page, but now you can see them much better. I really like the way these turned out, though they would be nicer with more precise lettering and boarder work. If I had the time, it might be fun to produce a whole series of these…maybe even delve into some mythical beasts, or some of the chimera ideas that I haven’t done anything with yet (and truthfully the chimera thing from last summer is so far down on the list it doesn’t even register right now). Having my middle son move on to Boy Scouts is a bit bitter sweet. On the one hand, being a den leader is extremely time consuming (if you actually care to try to do it well) and difficult (my son was often very challenging during meetings). However, having that time together, watching him and the other boys grow up in a different setting then at home, was very rewarding in hindsight. I hope I was able to pass along some knowledge and wisdom that they can rely on in their futures. I’m very proud of all of them.

In other news, I’ve been trying to get a major site update done for a few weeks now, but time has not been my friend. I’m close (I think), and I’m hopeful that all this extra time will make the update that much better. Here’s a quick rundown of the other projects on my plate (aside from things related to the big site update): expanding and updating the third book cover from The Witch Series, the 10 Things children’s book, a PMD card for someone who just had a major life event, t-shirt design for our week at summer camp, logo design for a youth leadership organization that a family member is associated with…and way down there somewhere is still Revery and the t-shirts…anyone have any spare hours they could send my way?