One of the projects I’ve been working on lately is actually a children’s book based on a memory tongue-twister I learned as a Boy Scout. Myself and a few other members of my troop started performing it at any and all campfires we participated in. Once my tenure as a scout wound down, I sort of forgot about it until my own sons joined scouts. At the first campfire I was asked to have my den participate in, I dusted this little “song” off (I did another slightly easier favorite with my den). The wackiness of the “lyrics” always appealed to me, and one day I decide “this would make a great kids book”.  Unfortunately, I had no idea what it was really called or what it’s origins were.  Thankfully, unlike when I first learned the song, we now have Google.  Moments later I discovered it is usually referred to as The Announcers Test, and it was used by tv personalities to “warm up” before going on the air. I also discovered I had a few lines wrong, probably because I misheard them the first time I learned them. It was turned into a song at some point in the 70s, but if anyone has ever heard of it before, it’s usually either because they learned it, as I did, as a memory tongue-twister at camp, or they saw comedian Jerry Lewis perform it on stage (there’s video of him reciting it on what looks like a telethon stage, I’m not sure if that was a singular instance or if he did it regularly at his live performances). The actual author of the piece appears unknown, but so far as I have found, no one has turned it into a book.  Until now. I have a few more pages to go (and I’ll probably go back through all the pages and make some tweaks, maybe do something fancy with the numbers), and I’m not sure what I’ll do with it when it’s done, but I want to publish it somehow.

So here is one of the pages, I hope you like it (hopefully anyone who has heard this before or has heard me do it will get a kick out of this). Working on this has brought back tons of fond memories and brought to mind lots of old companions.  I hope every one of them is doing well in life. 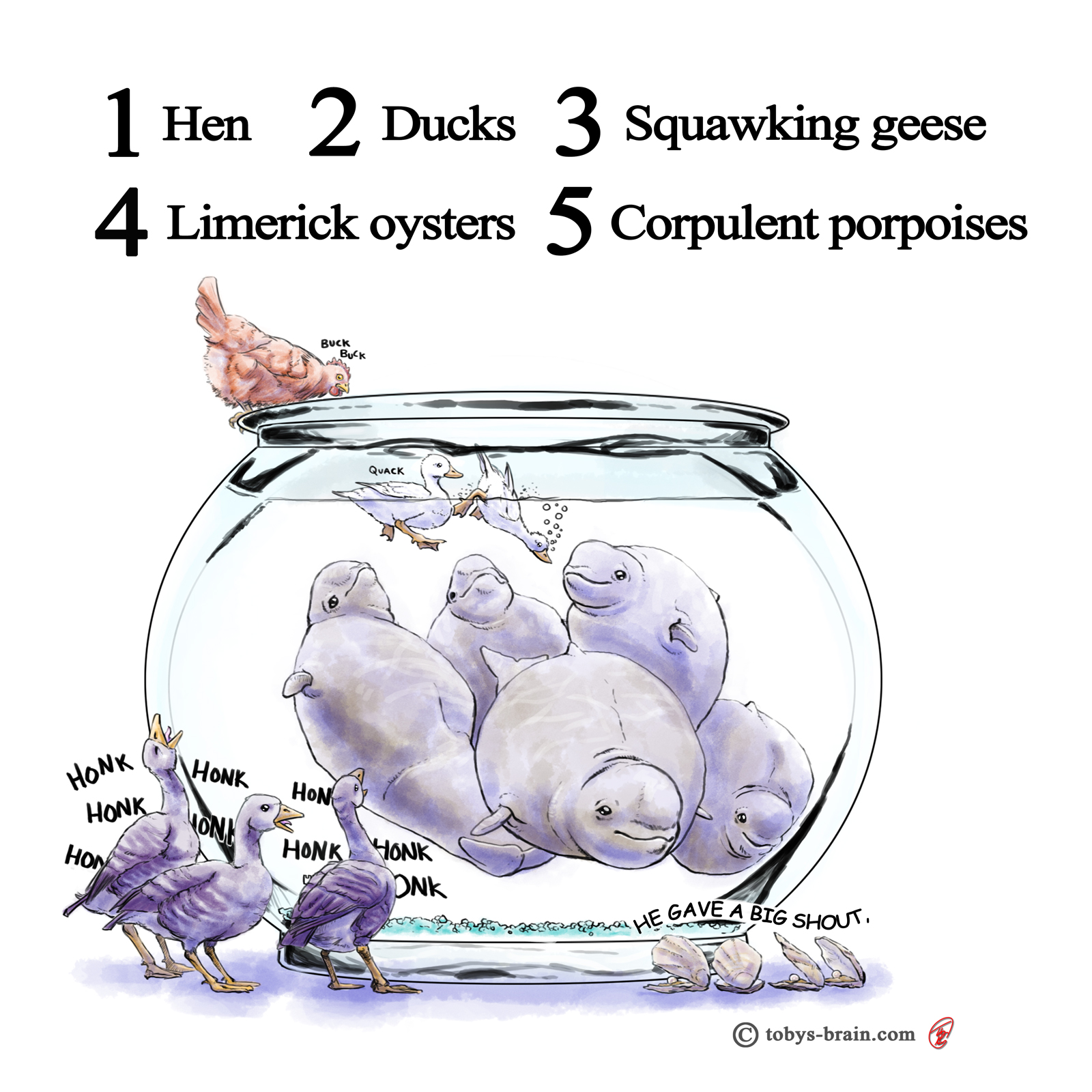