In other art related news, I just started reworking the third of four pieces that I’ve mentioned in the last month or two. When all four are complete, I’ll add them to the gallery and talk about them more. I guess it’s not a super secret, so I can at least mention that I’m talking about the four book covers I did for L.S. Gagnon’s Witch Series a few years ago. Now that she’s basically running her own publishing venture she wanted to redo all the covers to be full wrap arounds. It’s a fun little challenge for me to expand the images in a seamless fashion. It’s also fun to see how much my digital painting skills have improved, particularly in my efficiency and work flow. It’s taking me almost a tenth of the time to do the same amount of work compared to just 3 years ago.

One of the life events that has somewhat interrupted my studio time in the last week or so is the work I’ve been doing prepping for the impending Arrow of Light crossover ceremony for my middle son’s den, which I have lead for the last five years. There was some planning involved for the “script” for the event, but I also generated some special pieces of art for each boy, which I’ve posted a little about on FB, but will do a more in depth post about sometime after the actual ceremony this Wednesday. This is a pretty big event in a young scout’s life, and I remember my own experience fondly. I was a tad broken up last summer when this same son ended his last day at Cub Scout summer camp, I’m not quite sure how I’m going to do during this event.

Anysquids, speaking of scouts, a month or so ago, the local Boy Scout troop that my oldest was in for a year before he transferred asked if I could swing by and teach some of the boys some basic nature drawing skills. I was all too happy to oblige. We met at the library, which gave us access to a meeting space as well as some nice taxidermied owl specimens. I did some sketching while teaching, and here’s what I ended up with: 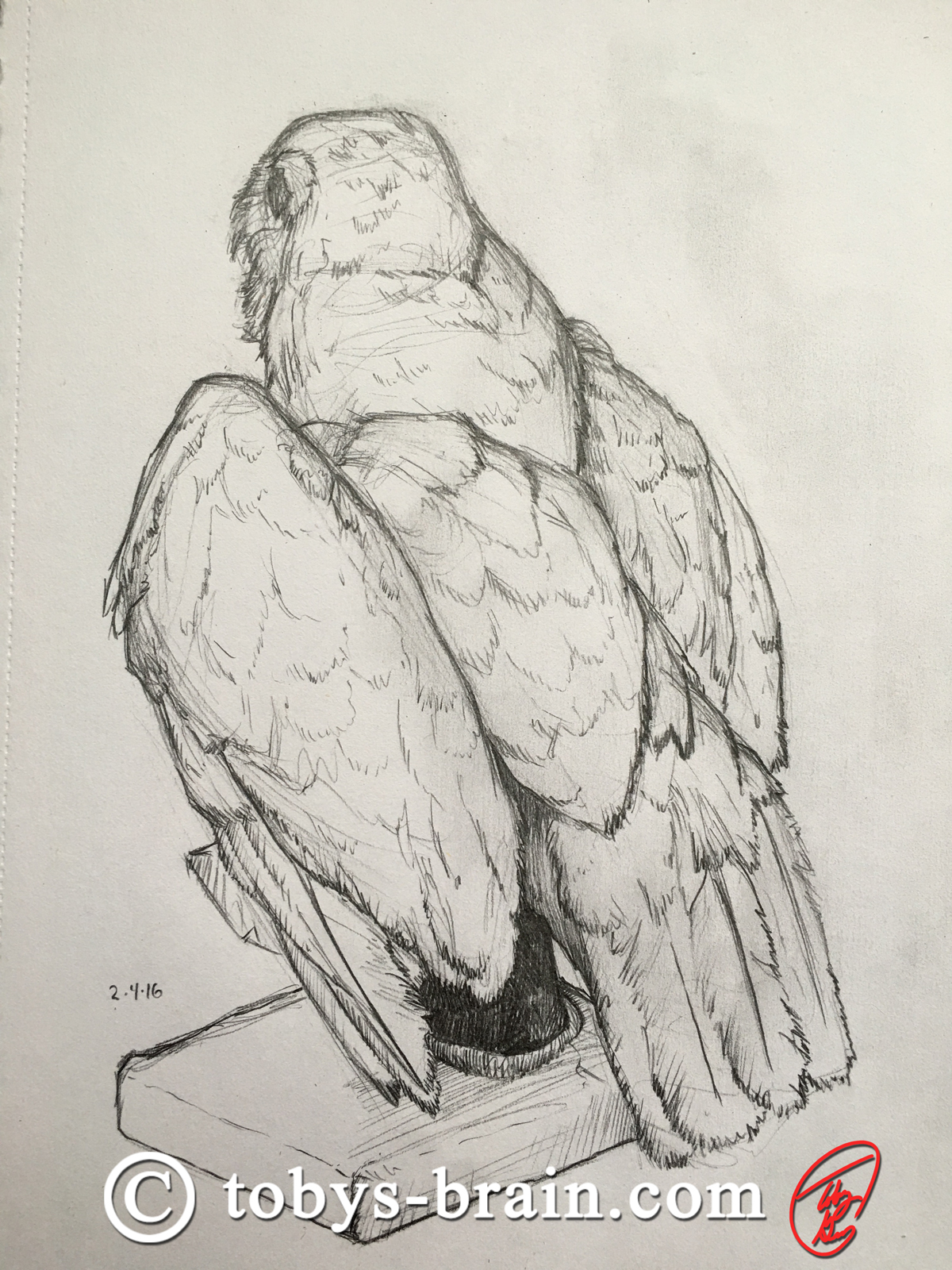 Sketch of a spotted owl from a taxidermied specimen.

This represents maybe half an hour or so of actual work, interrupted by getting up and talking and trying to teach. I’m not sure if the troop got anything useful out of what I was saying, but they seemed to have fun at least.

Alright, back to work.