Well, here we are in May (?!), and I’m finally getting around to releasing a new shirt (and if you want to skip my rambling and go straight to decorating your torso, and you missed the other links, you can go get yourself the new PMD Wars shirt here). This one was almost ready to go, much like the Blade of the Monkey shirt from the end of 2020, but I got hung up on the final look. I’m still not 100% sure (not that I ever am about anything) that this one is “done”, it’s one of those that I could spend a great deal more time noodling away at things that won’t be seen, and I still see potential for some variations.

For those of you that follow me on FB and Instagram, you probably saw I had to put this image up for a vote before I could pick a direction and deem it ready for torsos the world over. There was a monochromatic version, and the color version. The color version won hands down, it was even the preferred version for my wife, who generally prefers my black and white/monochromatic work. I guess that says something.

I was born in 1977, the year Star Wars: A New Hope was released. I have never known a world without Luke, Leia, Han, and Chewie (and more). I have many creative influences, but the Star Wars universe/franchise has by far made the biggest impact on me. I get a special little thrill when I find (make) excuses to pay homage to Star Wars, which usually involves blending it with my own worlds, namely Plunger Monkey. This is not the first time I have shoe-horned PMD into something iconicly Star Wars, nor will it be the last.
This particular image got it’s start during the 2020 Inktober challenge, a prompt-based ink drawing challenge that I have been participating in for several years taking place every October. In more recent years, I have tried to add my own themes to the prompts, which basically means I do a Plunger Monkey illustration of the given word each day. The prompt on this day was “hope”, and pretty quickly my mind went to the classic early movie poster with Luke and Leia atop a cliff of some kind, Luke’s lightsaber held aloft, C-3PO and R2D2 looking on from the sidelines, all on a montage-type backdrop of space and the looming presence of Darth Vader. In the PMDiverse, there is a small, but growing, cast of other characters, the most frequent of which is myself. I didn’t really want to incorporate myself into one of my Inktoberings, and the next most frequent character happens to be the Multi-Purpose Novelty Squid, or MPNS. I drew the earliest version of him at the same time I first drew PMD, interestingly, but he didn’t become the MPNS until many years later (like, over a decade later). I found it incredibly hilarious to put the squid in Leia’s place (and hope that no one actually takes that as insulting or a sleight directed at the incomparable, late Carrie Fisher or the character she made legendary), and on a whim included my other character, Cuppy, as a stand in for both C-3PO and R2D2 (Cuppy has yet to make his official debut, though I have included him in a few things here and there).

Just for fun, here’s the original pen and ink illustration (which you can also find in my gallery): 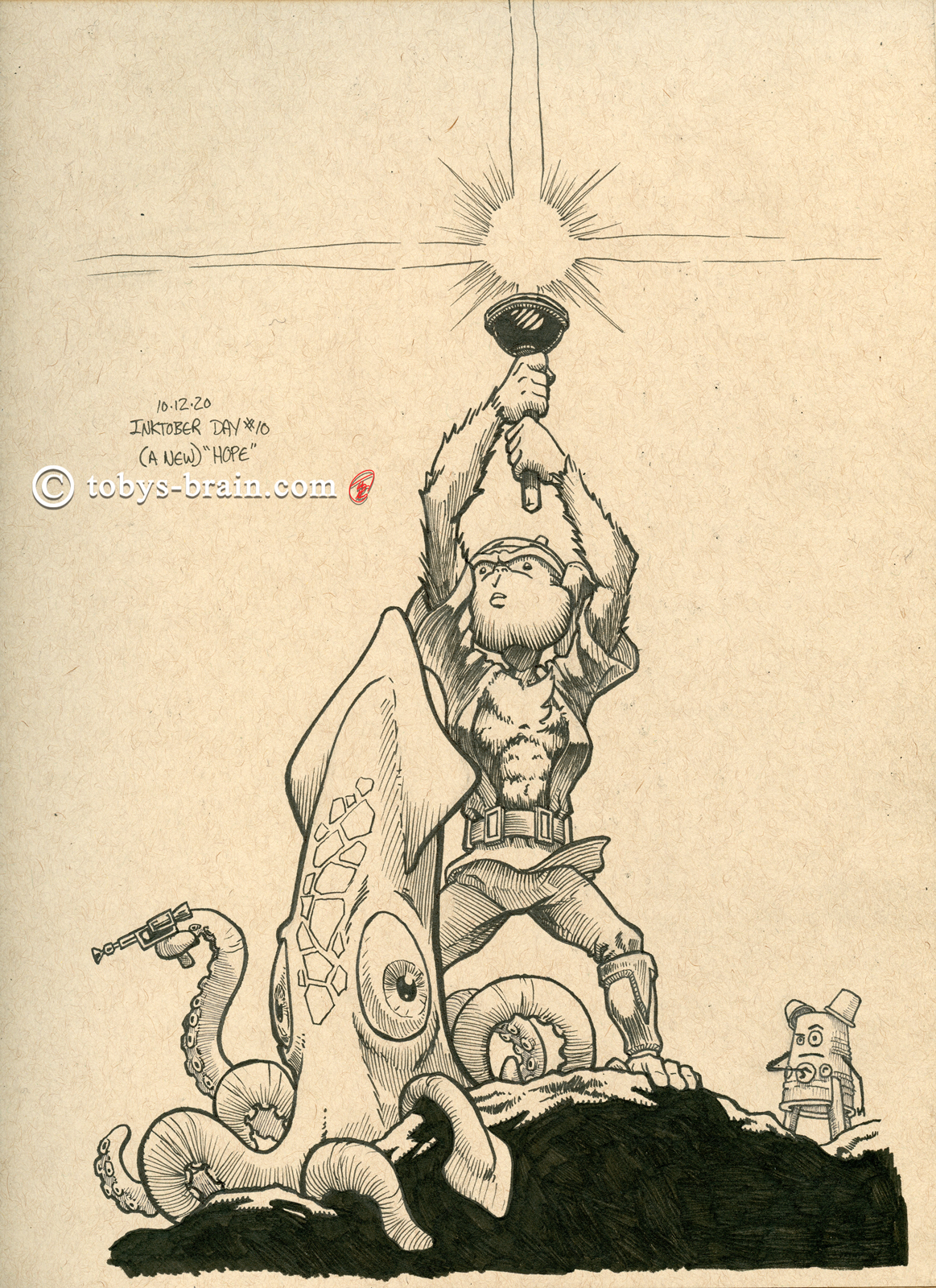 And here’s that iconic poster: 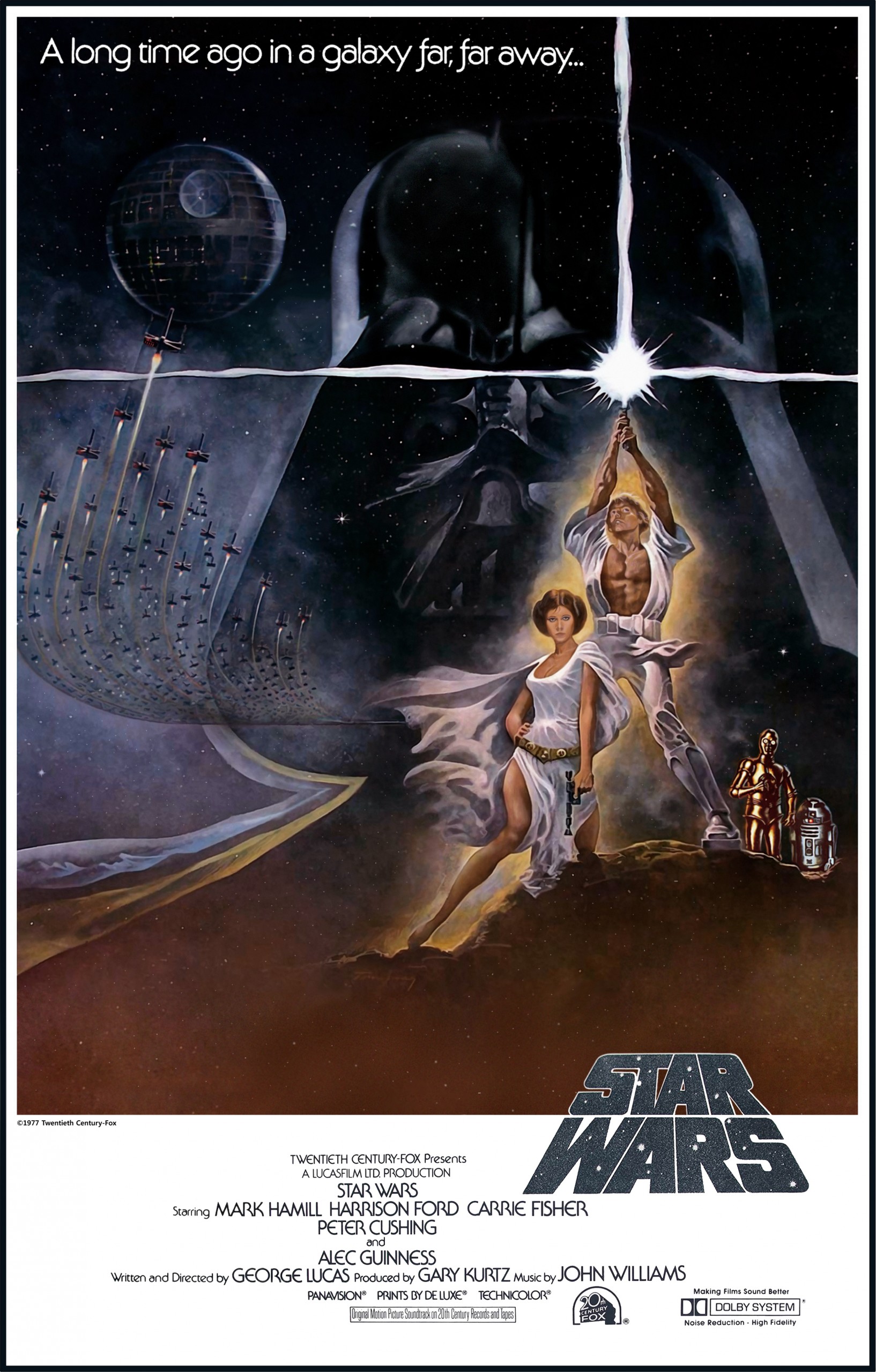 I debated how to handle the backdrop, who could I use to stand in for Darth Vader. I had some options (including myself, which would have been pretty funny to me), but ultimately decided it would get too “muddy”. Who knows, I may take another swing at this illustration going completely digital so I could better pull off some of the montage elements. I have always loved this poster.

Anyway, as I started mentioning at the outset, we are almost half-way through 2021, and this is my first new shirt of the year. This doesn’t bode well for my goal of 6 new shirts every year, essentially one every other month. I have a few ideas on the back burner, but they all need more work than this one did. Some might be quick and simple, but I haven’t settled on those yet. I just hope to avoid my last-week-of-the-year shirt release schedule I forced myself into last year.

So that’s that, then! I’ve been focused on IPMDT again, which is good, and contemplating turning it in to a comic (which will be a lot of work). I’ve also made some good progress on Inside Toby’s Brain, which you can follow through my FB and Instagram pages. I haven’t made any headway on Revery, sadly, or come to any kind of decision about how I want the 1001 Totally Reasonable Uses for a Plunger book to look. I do still hope to get to both in some fashion before the end of the year. In the meantime, though, go decorate your torso with things from my Brain!