I’m really not looking to go into the business of painting portraits of people’s late pets, but in the last year I’ve found myself doing just that 3 times (so far…everyone else’s pets had better stay healthy). I finally added the first two to the gallery, Quegan and Max, which I had somehow blogged about without adding them. Anyway, this is Coco, my author friend’s beloved puppy that passed away earlier in 2016 at (EDIT: memory serves me wrong, she was only 6). She was, and very much still is, devastated by the loss. The best, and truthfully only, thing I could think to do to help her was to attempt to capture Coco in a painting that she could keep in view.

I find it fascinating how well we can bond with other species, and I often wonder how developed the communication and social structures of some animals are that we just either are unable to understand or unwilling to entertain the idea that they are a lot more sophisticated than we chose to think of them. Certainly it would make quite a few industries have to seriously reconsider how they operate if they gave the notion a second thought. 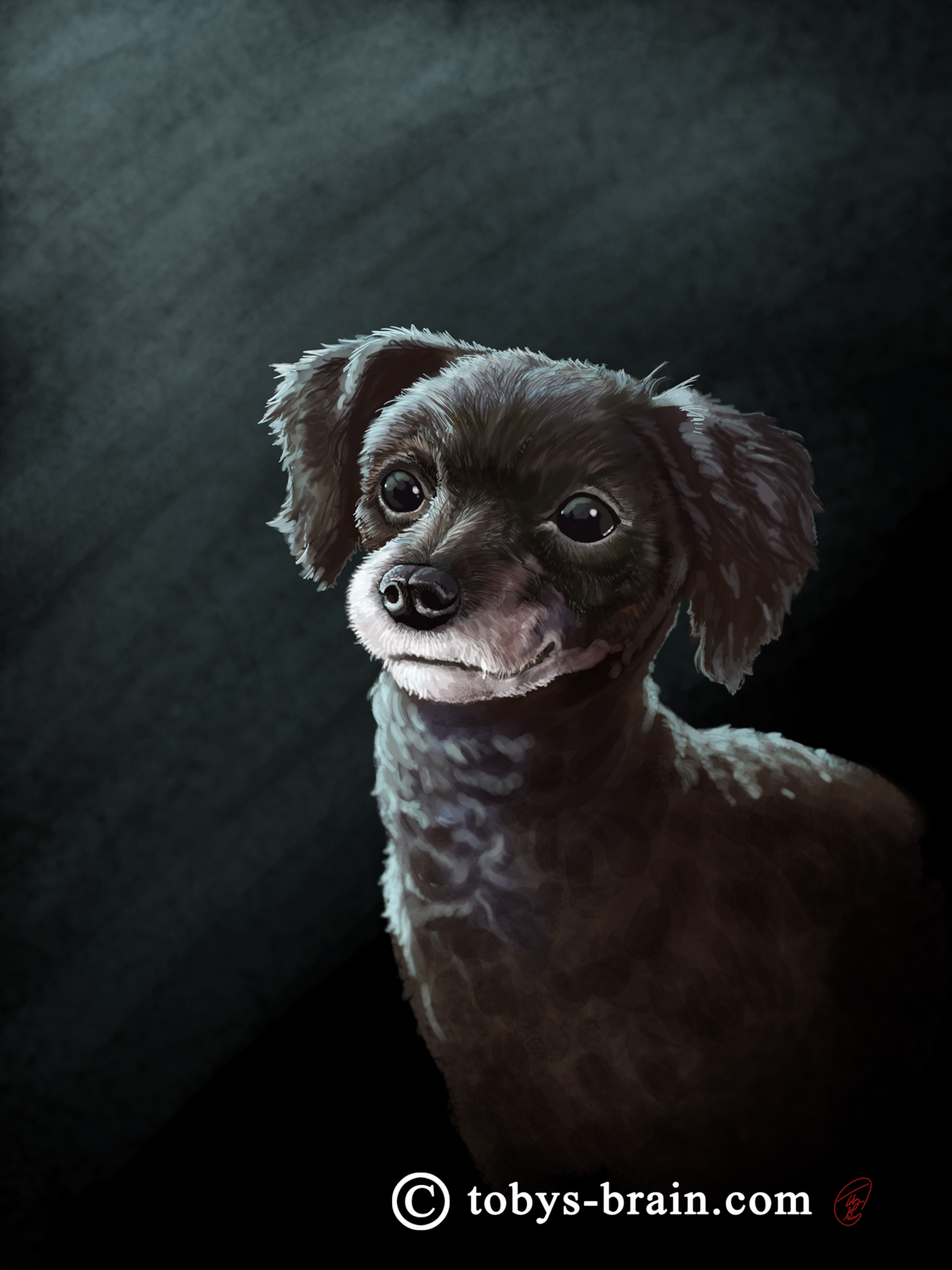 In other news…clearly that “special” site update I keep referencing still hasn’t had the time to happen yet. I put in some studio time last night after the rest of the house went to bed (and consequently spun myself up and couldn’t go to sleep at a reasonable time, making getting up with the kids this morning really rough). I like working at night, but I also don’t. It’s quiet, I can focus…but I lose track of time, and I’m the type of person that seems to need significant transitional time between very different activities. It takes a while for me to switch from studio time to work out time, for example, or from studio time to sleep time. I usually need about 2 hours after everyone else goes to bed (unless I’m particularly exhausted) to be alone with my thoughts and do something brain dead like watch tv before my brain will give up and get tired. It’s very annoying.

Oh, yeah. Projects and things. The “site update” is still in the works. I haven’t touched 10 Things in a few weeks again. I’ve been trying to finish up the third cover update to The Witch Series books (which I’ll post about when I have all of them done, I think). I think there’s more of that type of work on the horizon. I still have to come up with an idea for our camp shirts for summer camp (the theme this year is Take Flight). I did manage to send off some initial logo sketches for that MA youth leadership organization that my cousin and his wife are involved in…I’m sure I’m missing something.