Okay, a couple of things right off the bat. First, dang it’s been a long time since I’ve posted! There’s been lots of “life” stuff going on, plus, it’s Inktober! I’ve been trying to spend my evening hours pumping out It’s Plunger Monkey Dynamo Time! panels rather than trying to update this place. Given a choice, I’m usually going to chose to draw, which is good, I guess, though if I don’t put myself and my work “out there” via this place and FB and Instagram etc, then my theme park dreams are going to be hard to realize…Anywhat, most of my daytime studio hours have been focused on finishing the latest book cover for L.S. Gagnon’s Little Witch Series, which I just wrapped up today. I’ve got some promotional material I’m going to be hammering away on for the jiu jitsu school I’ve started training at, I have to design a t-shirt for our Boy Scout troop, there’s another book cover coming down the pike, there’s still 10 Things, my own t-shirt ideas and the Etsy shop I need to launch, there’s Revery…I have plenty to keep multiple me’s busy for a long time.

Second, did you notice the snazzy new Tablet Art logo? Yeah, it’s been a while since I’ve made one. They’re really easy and fun, though they are kind of cheap and silly. I made use of the Adobe Creative Cloud to make the process a breeze, which feels very rewarding for some reason.

Anytacos, on to the point of this post. I’ve made mention in several places (including somewhere on a “recent” blog post here, I think) that my wife got me a digital sketchbook device, a Samsung. Beyond the fact that it says Samsung right on it, I don’t know any of it’s other specs, because “technology”. It is a device that is brimming with productivity potential for me, allowing me to work digitally during my “off” hours in the evenings. As with all technology, I’ve run into some challenges, both in terms of the learning curve for art apps and the device itself, as well as some hardware issues with the tablet (once the battery drops below 60% it starts constantly rebooting, which makes drawing on it kinda hard). After playing with a few apps, I think I like working with Sketchbook Pro the most. There were others, but they were very flaky and unstable (several of the images I’m going to post were started or worked on in other apps that barfed, so I had to finish them in Sketchbook). Sketchbook Pro doesn’t have all the features I wish it did, but it’s pretty robust, fairly intuitive, and most importantly it’s pretty stable (I can’t say I’ve had it crash on me yet).

My fabulous wife did all the research to figure out what would work best for me based on my needs and what I want to do with such a device, and procured it while I was away at my first week of summer camp, which means I got to test the device out in the woods for it’s maiden voyage (which was cool) and it means I’ve owned and been using it to draw and post for about 2 months now. I have some other sketches beyond what I’m going to post, some of which will stay sketches, some will find their way over to Photoshop, and some will get “finished” right in Sketchbook. These are the images I’ve generated to a “finished” state so far. 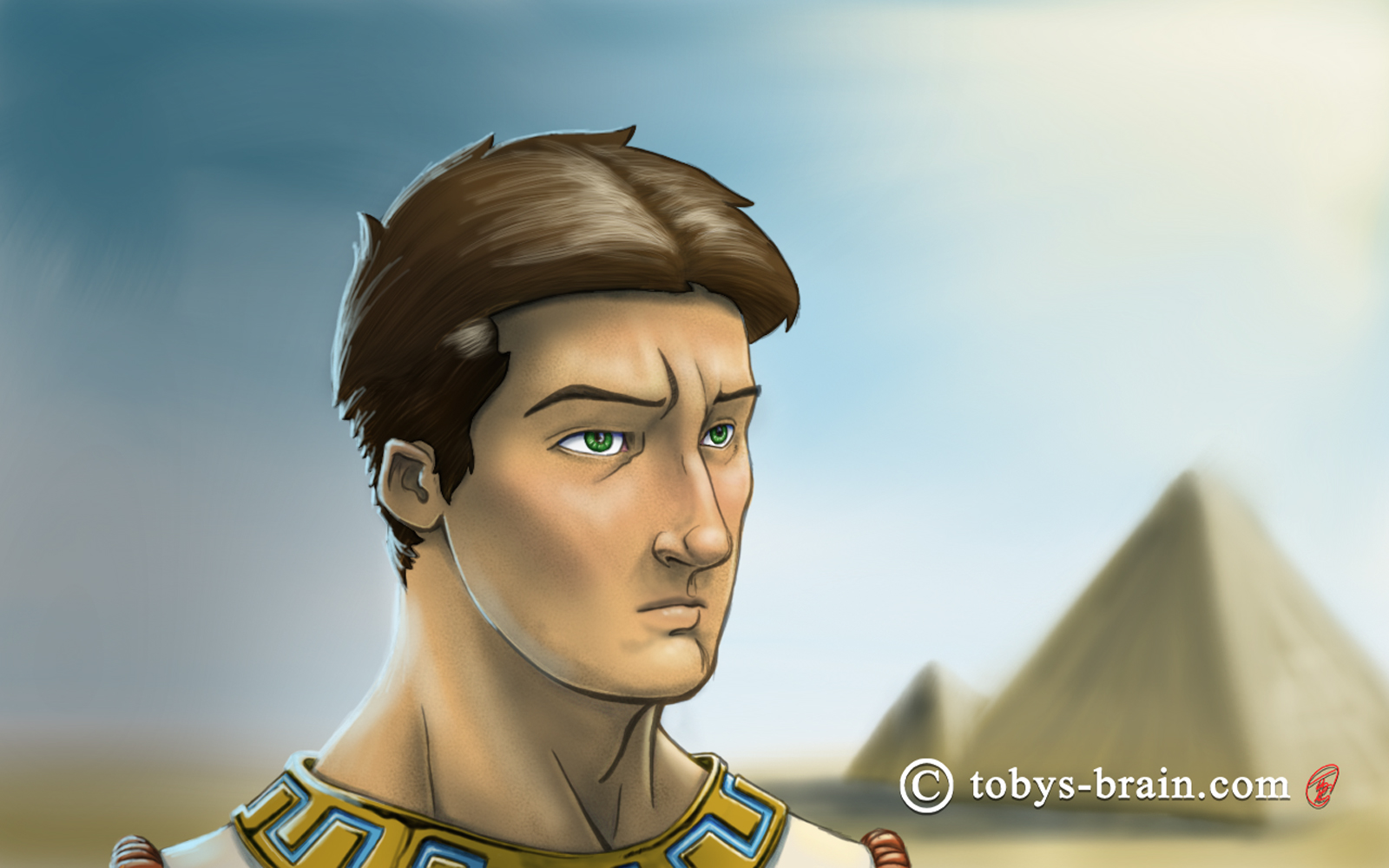 This is the first image I started and finished on the tablet (while at summer camp). This one was all Sketchbook Pro, start to finish. It’s prety crude, I think, but I’m still learning how to work in a new digital environment. There’s no story behind this guy, he just sort of happened. His name is Face-Guy. 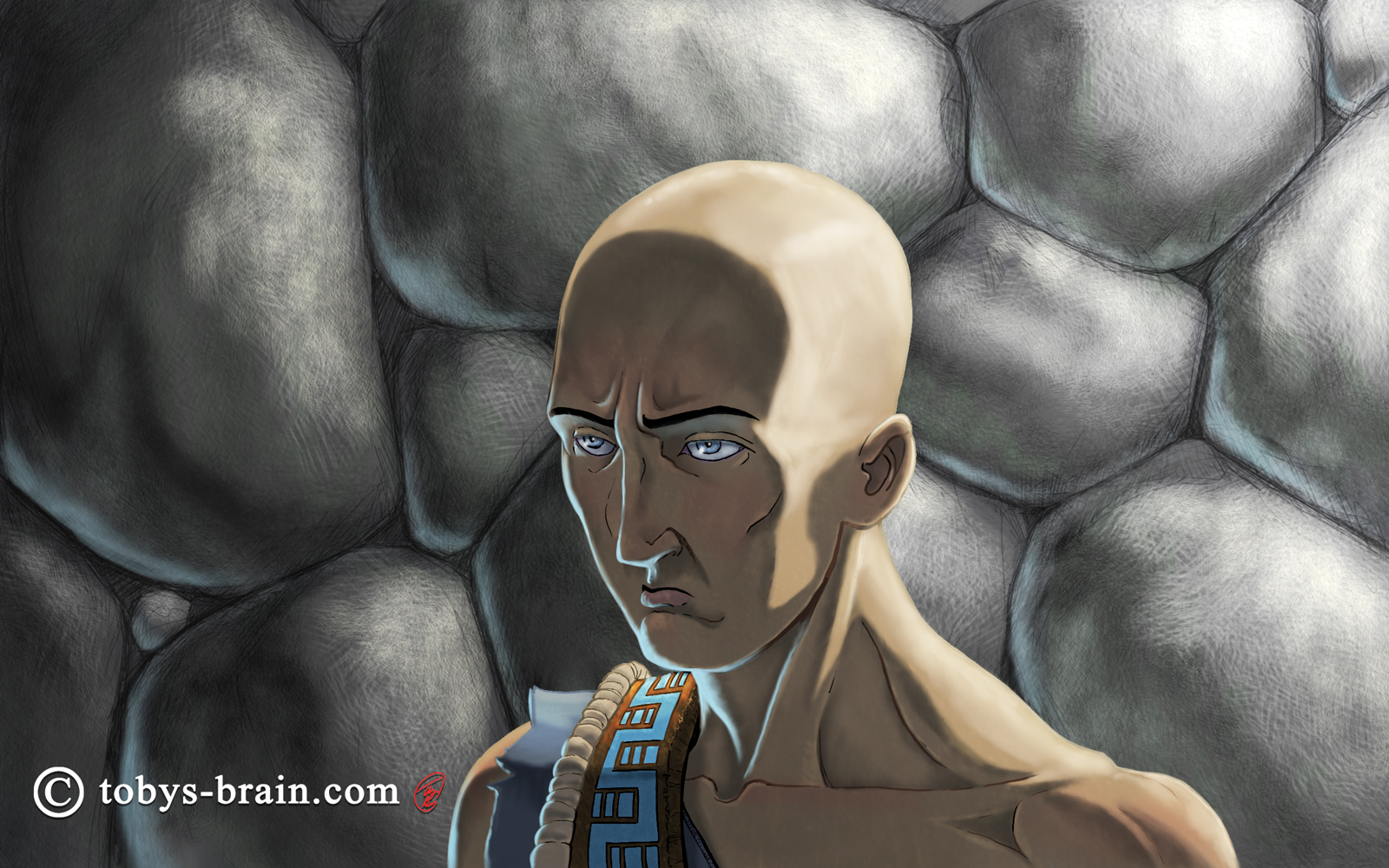 I’m pretty sure this is the second image I started. I began this one in Art Flow, which was a really cool app, but it barfed on me several times (maybe THAT’S why he looks so grumpy…). I ended up finishing this one in Sketchbook. I kinda like the way it turned out with the various textures and lighting. Still lots of room for improvement of course. I call him Grumpy Monk. 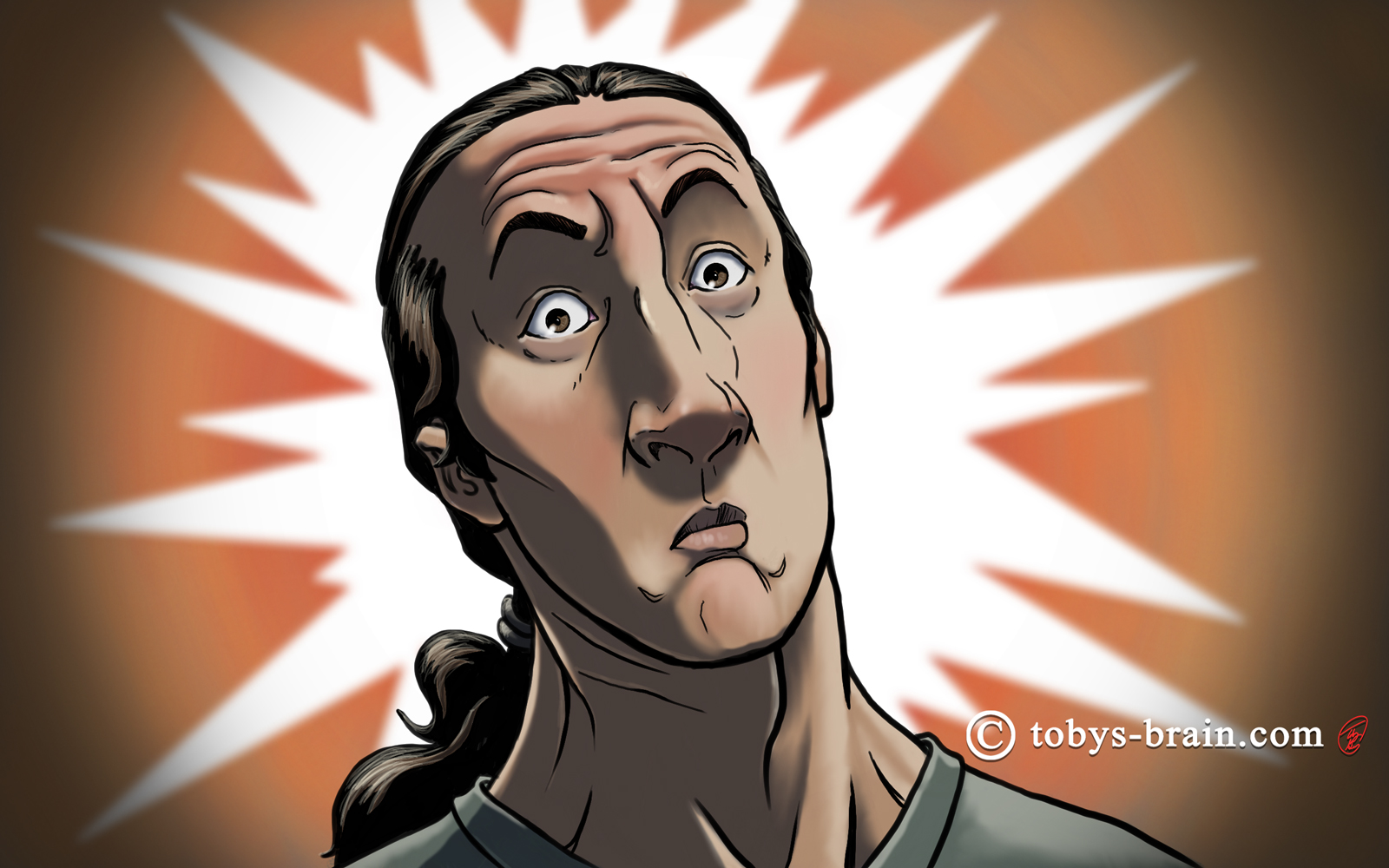 I’m pretty sure this is the third drawing I started. I sketched it out in Sketchbook (while in my happy place: Briggs Beach), then worked on it in Art Flow…which had a seizure, so I went back to Sketchbook. This is basically how I look and feel trying to deal with new technology and change. 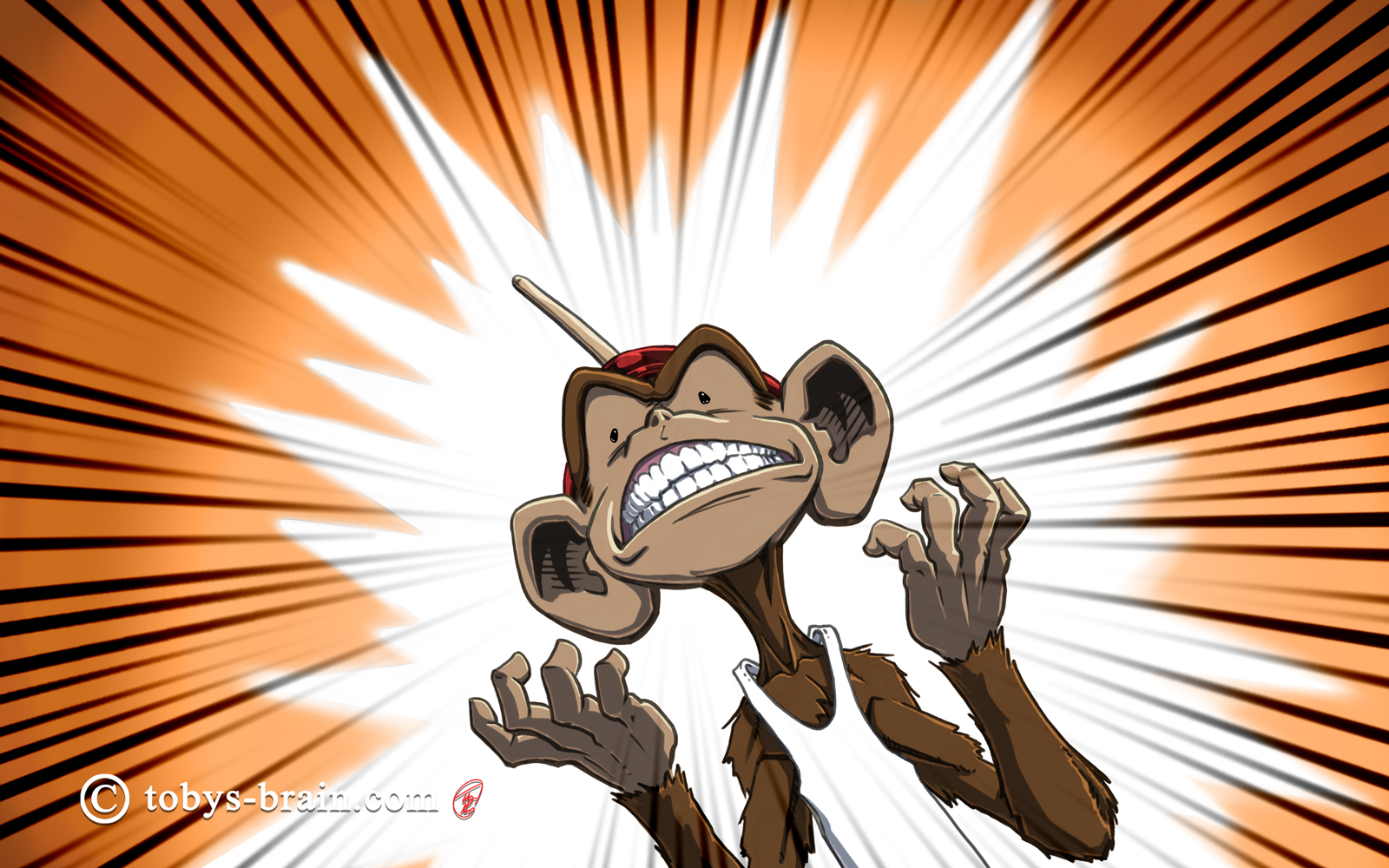 I take it back, THIS is how I feel dealing with new technology (or technology in general) and change. This was another one started in Sketchbook, then worked on for a while in Art Flow (for a little bit there I really thought Art Flow was going to be THE app I was going to settle on) before it went derpy and I had to go back to Sketchbook. One thing that’s been missing from most of the drawing apps is a good way to create some speed lines. There was a third app I was playing with for a bit that had a lot of tools and functions that replicated some of the best features (meaning I rely on them the most) in Photoshop, but alas, it got to a point where it couldn’t even figure out how to launch. The work around I came up with to create these speed lines in Sketchbook was a bit tedious, and I’m not happy with the results, but it’s better than nothing for now. 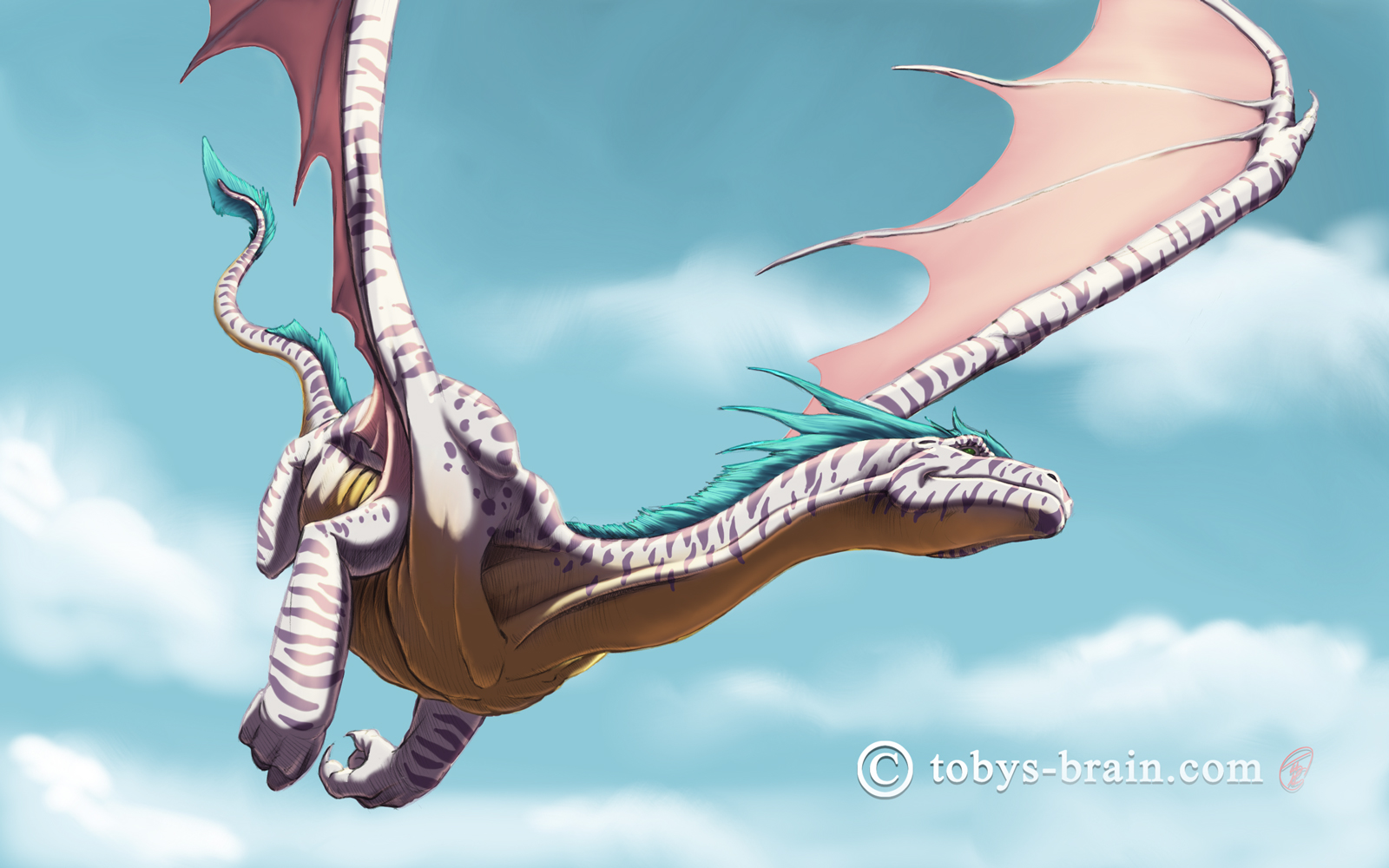 This is the last “finished” piece I have done on the tablet so far. As I mentioned, I’ve been busy with the book cover and Inktober, so I haven’t done much more than the occassional sketch for other projects on the tablet. This was a drawing I did for my awesomely spectacular wife, and IT department, for her birthday (have I mentioned she loves dragons?). This was Sketchbook Pro start to finish. Other than some anatomical issues that I didn’t pick up on until later, I’m fairly pleased with this one. I’m always going to see the problem areas, I’m always going to feel like I could have pushed things more or made “better” decisions, but I kinda like this one. I finished it late one night (unfortunately not until after my wife’s birthday…there was something else going on around then, but I can’t for the life of me remember what kept me from finishing this one on time) and good ol’ technologially impaired me figured out how to get it from my tablet and onto her desktop wallpaper for her to see when she logged into work the next morning. I was pretty proud of that.

So there you have it. I’m hoping to eventually get my project list whittled down so I can work on nightly speed paintings on the tablet, keeping things loose and quick, focusing on gesture, color, and composition and generating more postable art in the process. I’m really hoping for a next generation drawing app that can give me more of the comforts I like from working on a desktop, but what I’ve got is plenty to work with. I got the annual Spectrum call for entries email today, and I’m realizing I don’t think I have anything worthy of submitting at this point in the year. I might go through all of the IPMDT strips (including the ones not yet posted) to see if there’s anything worthy of an entry into the comic category. I did focus a good chunk of my studio time in 2016 so far to the strip, so it would be fitting to try to find a potential submission in there. Not that I stand much chance of getting in, the talent showcased each year in Spectrum is amazing. But, I definitely won’t get in if I don’t submit…

Thanks for the patience between posts here! I want to be better about it, but I’ve said that many times before. I post much more regularly to the FB  and Instagram pages, so if you just can’t wait the often long and random number of days (weeks) between posts, hit me up there.