I’m still behind on posts, and I expect it to stay that way for a while. It’s good to always have fuel for a post when I actually have the time to sit down and craft one. In current Toby events, after I finished up working on the subject of this post, not only did I return to more regular IPMDT panels, but also (are you ready for this?) returned to working on 10 Things! I know! I’ve been saying that forever, but I did! I actually dusted off that file and started pushing pixels around again on that project. As of this writing, I finished the page I had unceremoniously left in an unfinished state (it took quite a while to figure out what I had been doing, also how I had been doing it. My techniques and skills have changed quite a bit since the last time I had opened that PSD), as well as the one after it. I’m currently working on the last page, which is actually a two page spread. It’s quite a challenge, so much going on. I just finished the rough “pencils” today, and started pasting in some elements from other pages that don’t need to be redrawn. After this insane page, all I have left is a cover (front and back) and that write up I want to include about the history of the “song” and my connection to it. Beyond that, there’s probably going to be some visual tweaks for consistency (mostly color related) and some formating considerations, then I’ll figure out how I’m going to get it out to the masses. I’m pretty excited to be so close to the end of this one. Unfortunately, I’m going to lose most of my studio time next week to jury duty (I actually got selected to be an alternate), but I honestly think I can get this wrapped up and ready for print before summer.

Moving right along, about that post title up there…I’ve actually finished up a commissioned book cover that isn’t part of The Witch Series, or for L.S. Gagnon! I know! Crazy! More than one person out there likes my work enough to want to be associated with it! The book isn’t published quite yet (to the best of my knowledge), but you can find other works by the author, Maryellen Worrell, over on Amazon. This project ended up posing some challenges for me, but it was a lot of fun. 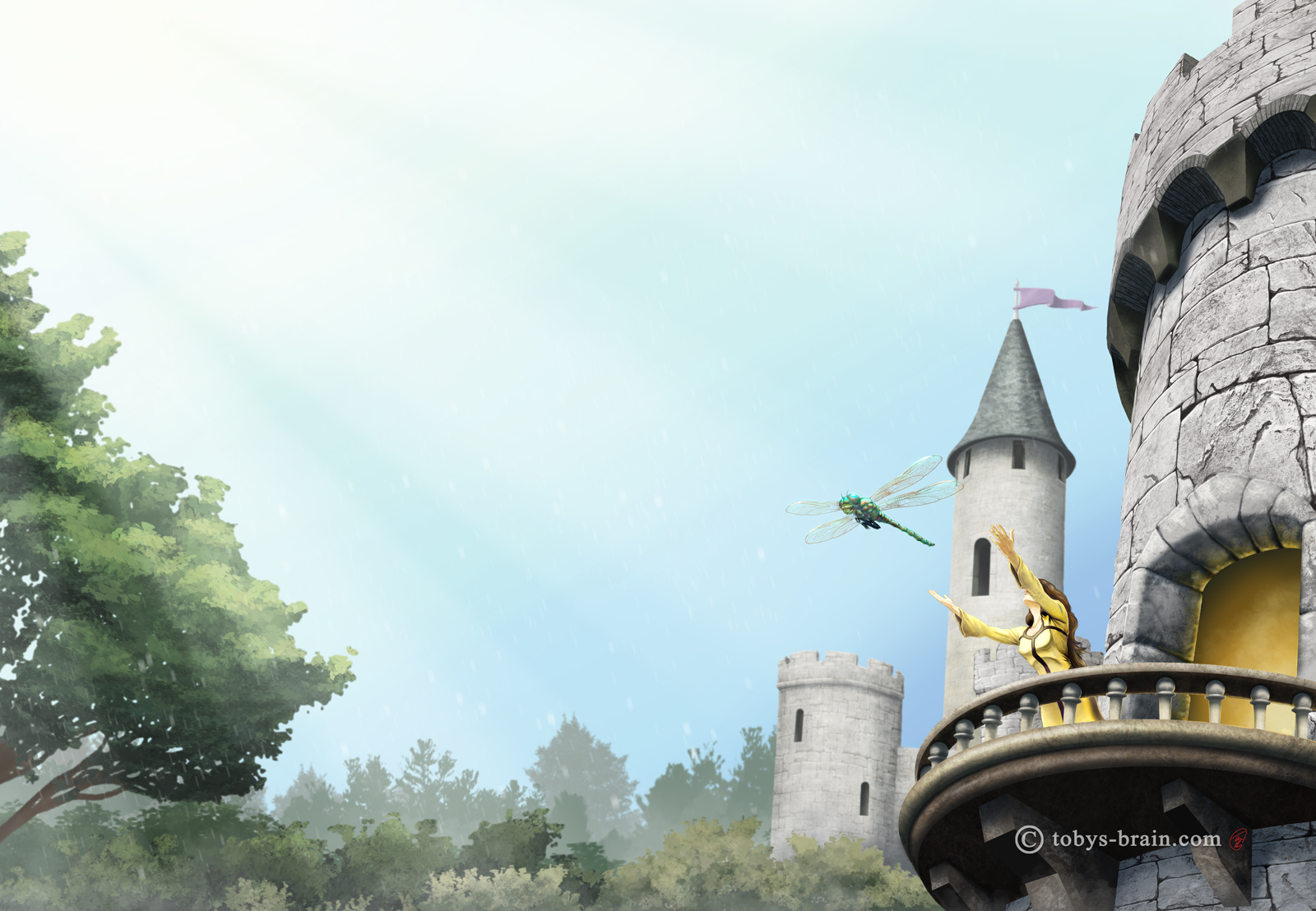 I think this is one of those pieces that represents a bit of a step up in my skills, both in terms of the tools and techniques I employed, but also in my execution. I will forever be overly critical of my work, never quite happy, but I’m getting better at recognizing when I’ve stepped it up a little. As seems to be my habit of late, I built several brushes to help craft this cover, mostly a variety of trees, but also a few texture brushes. I started playing with the “dual brush” setting some more, which is a very powerful option that I plan to explore more in the future. The two components that were fairly different from my normal process are the stone work and the figure, Mirawa, and her familiar, the dragonfly. For the most part, I’ve stuck to the work flow and organizational stategies I’ve learned from watching Aaron Blaise tutorials, which is to do a detailed drawing, add flat local colors, then add various shadow (set to the multiply blend mode) and highlight (set to overlay, usually) layers. For this one, I was really struggling with sculpting the forms on the figures in color, so I opened my line art for them into a separate file and rendered them in black and white. I then used a variety of gradient overlays masked to the appropriate areas. I’ve tried that technique before, but it had been a long time, and I’ve learned how to apply it better since. When it was “done”, I was able to flatten it and paste it back into the cover.

The other big thing I did differently grew out of the great difficulty  I was having painting the stone work, of which there is quite a bit. I tried just painting it straight, but I wasn’t liking the results, and it was taking too long. I tried painting a flat layer, converting it to a smart object (for those that might not know, a smart object is just a way to change a layer so you can non-destructively apply all kinds of filters with the power to reopen and adjust them) and warping it to make it look like it was wrapped around the forms. Again, I wasn’t happy with the look. Eventually, I stumbled across a YouTube tutorial about making tileable textures in Photoshop, which I realized I could combine with the smart objects I had already created.

This meant, after already spending a ton of time trying unsuccessfully to find a solution that I liked, that I had to spend a day or two painting a stone wall texture and making sure it tiled seemlessly. 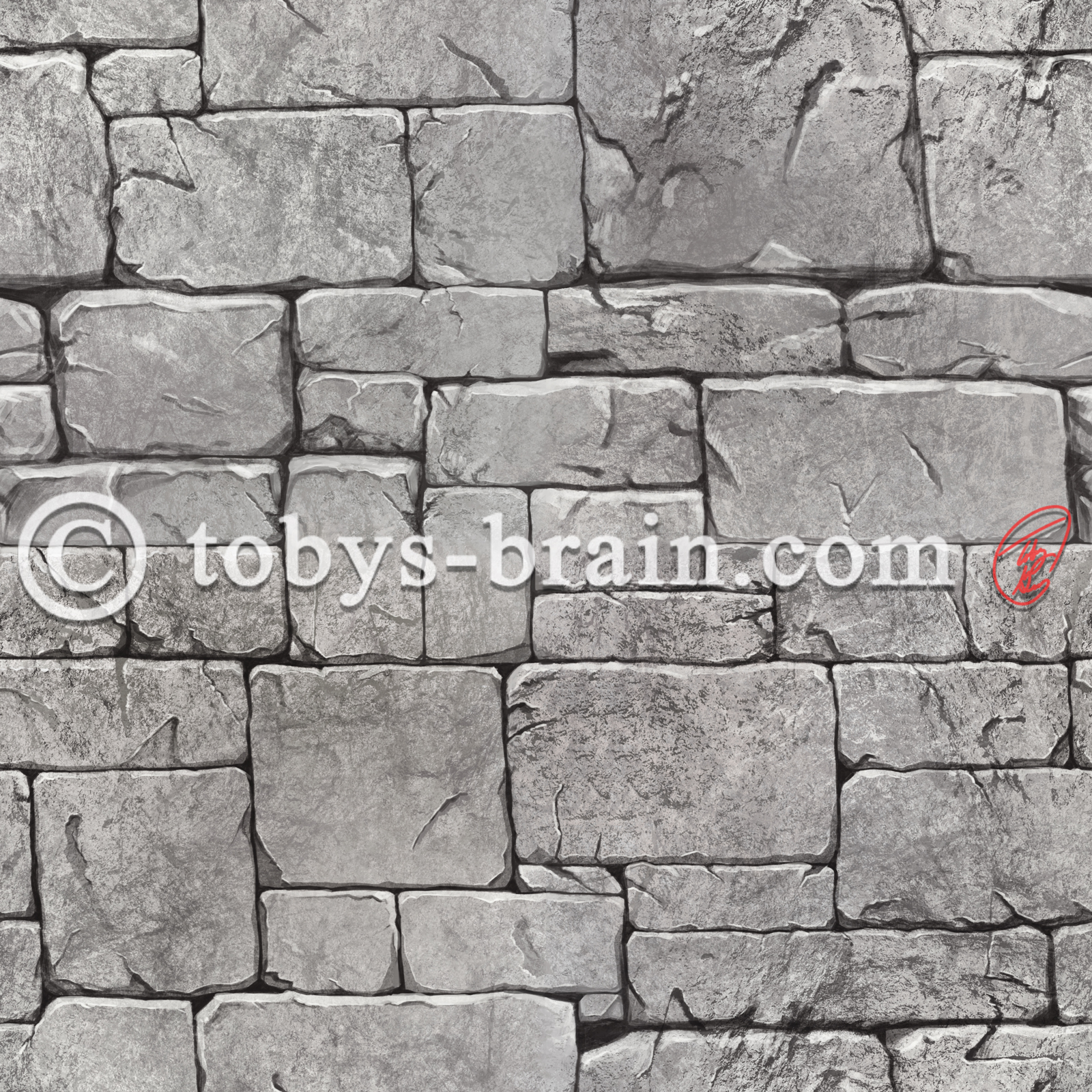 …just another brick in the wall…

I created all that stone texture with a few of the new brushes I had made. This was all hand painted digitally, using photo reference/inspiration, but no tracing or photooverlaying or the like. The tweaking process to get it to tile right was a bit of a headache (the actual process was easy, it was just how much adjustment and repainting I had to do to get it to work), but it was good, semi-mindless fun. I’ve already started a list of various texture ideas that I could work on when I’ve got down time that would be very beneficial to have in my library.

Anywhat, I’ve rambled on far longer than I intended. I may have another cover or two down the line in this series, but for now, I’m happy to finally be working on my own projects and goals. In addition to IPMDT and 10 Things, I spent a night or two doing some concept work for that mini comic collaboration with my wife. I’m hoping to work on a few new t-shirt designs at some point (and, um, you know, get the Etsy shop up and, like, functioning), and maybe, maybe I’ll even return to working on Revery before the end of the year…