Well, which is it?
This began as a sketch in Affinity Designer on my iPad so I could experiment with some of it’s features I downloaded it for (like mesh transform and texture maps). I never got around to that as this sketch took on a life of it’s own. I switched over to Affinity Designer to turn this into a complete vector image. It was incredibly time consuming, but I love the crisp edges and lines that come with vectors. And as is normal for me, I put a lot more detail into some areas than can possibly be seen (but it’s fun, so leave me alone). I’m still not sure this one is done, but it’s holding me back from other projects, so I’m forcing the issue. 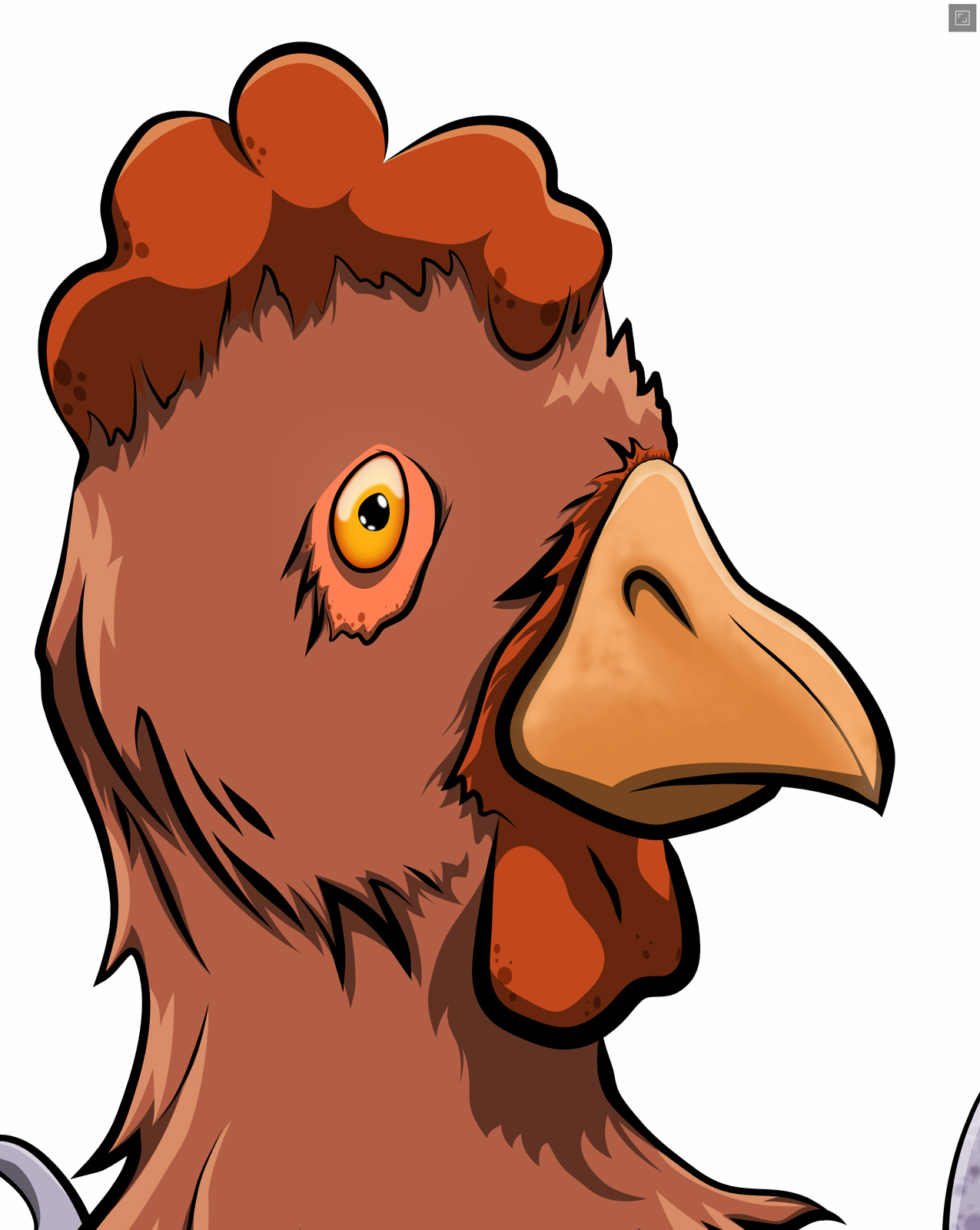 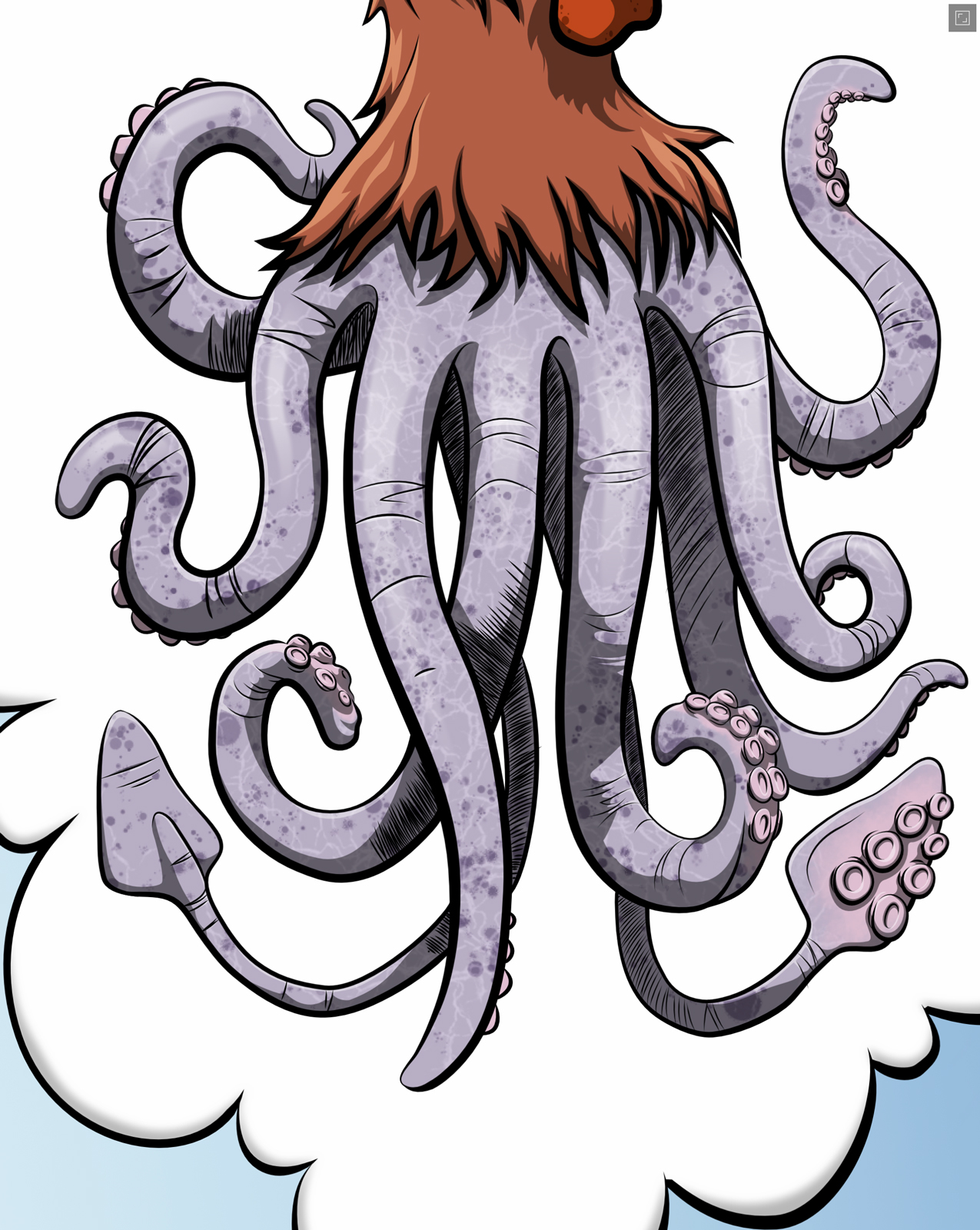 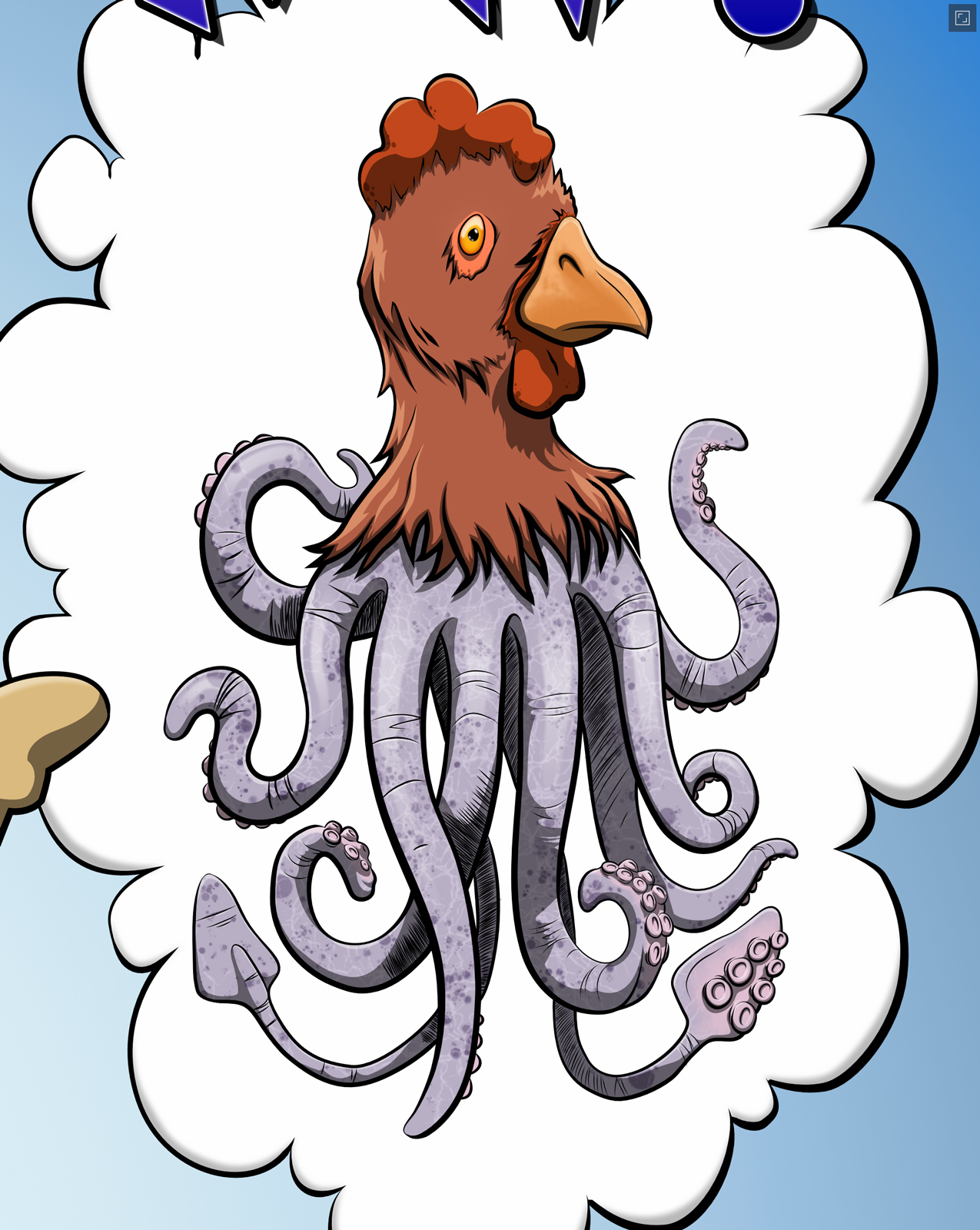 Just in case anyone was wondering: that little grey square in the upper right of the close ups is a “button” that hides the interface in Affinity Designer. The easiest method I could come up with for doing these closeups was to take screen shots. If I convert the file to a PSD and open in Photoshop for edits (as I would normally do), all the vectors get rasterized and lose there crispness.

I don’t remember when I started this little fun image, but I know it’s taken me entirely too long to finish it. It’s not like I was working on it every day, around the clock, though. I worked on it pretty consistently for several days, maybe a week, then sporadically just once or twice a week for several weeks. I think there was at least a week or two that I didn’t even turn my iPad on.

Anyway, the kids are soon to be home for the summer. My middle son graduates from middle school tonight (!), which means come September I’m going to have TWO kids in high school (!?!). But, before that, I/we have to survive the summer. My productivity often dips due to the increased level of interruptions (whether that’s reminding the kids-who-are-old-enough-to-know-better that it’s time for them to wake up, or eat, or that they can’t just wander into my wife’s office and start talking to her [or ask her for things when she’s on a conference call because they know she’ll say yes just so they leave], or that making each other angry is NOT a productive way to spend a day…or fun things like trying to get the kids out hiking, biking, swimming, or working on our trail). I still have goals, but I always approach this time of year with some anxiety because I know how things have gone in past summers and I fear getting derailed. I’m going to be 42 in a few weeks and I really feel like I can’t afford set backs, there’s so much more I want to have accomplished by this age.

As it is right now, this week is going to be a bit screwy with the oldest having a half day today, middle son graduates tonight, youngest has a half day tomorrow, scout stuff Tuesday night, teaching a local rec department staff about fire building and general outdoors skills Wednesday, more scout stuff Wednesday and Thursday evening…So, I think I’ll spare myself the frustration of trying to be consistent with IPMDT panels this week and instead spend some time on something that occupies way too much brain space that I wanted to tackle before summer camp last year: making my every day carry, multi-purpose bag. I have some material to play around with, but I need to order up a bunch of hardware and other components (webbing, side release buckles, strong snaps, zippers, etc). I have a rough design in my head that I need to draw up, then probably mock up. I think this should be a bit easier than any of my coats, so there’s some chance I might make a few of these and sell them if they function the way I think they will. Time will tell. Either way, I spend a ridiculous amount of time daydreaming about it, I need it out of my brain so I can focus on other things.

Speaking of which, time for some other things.