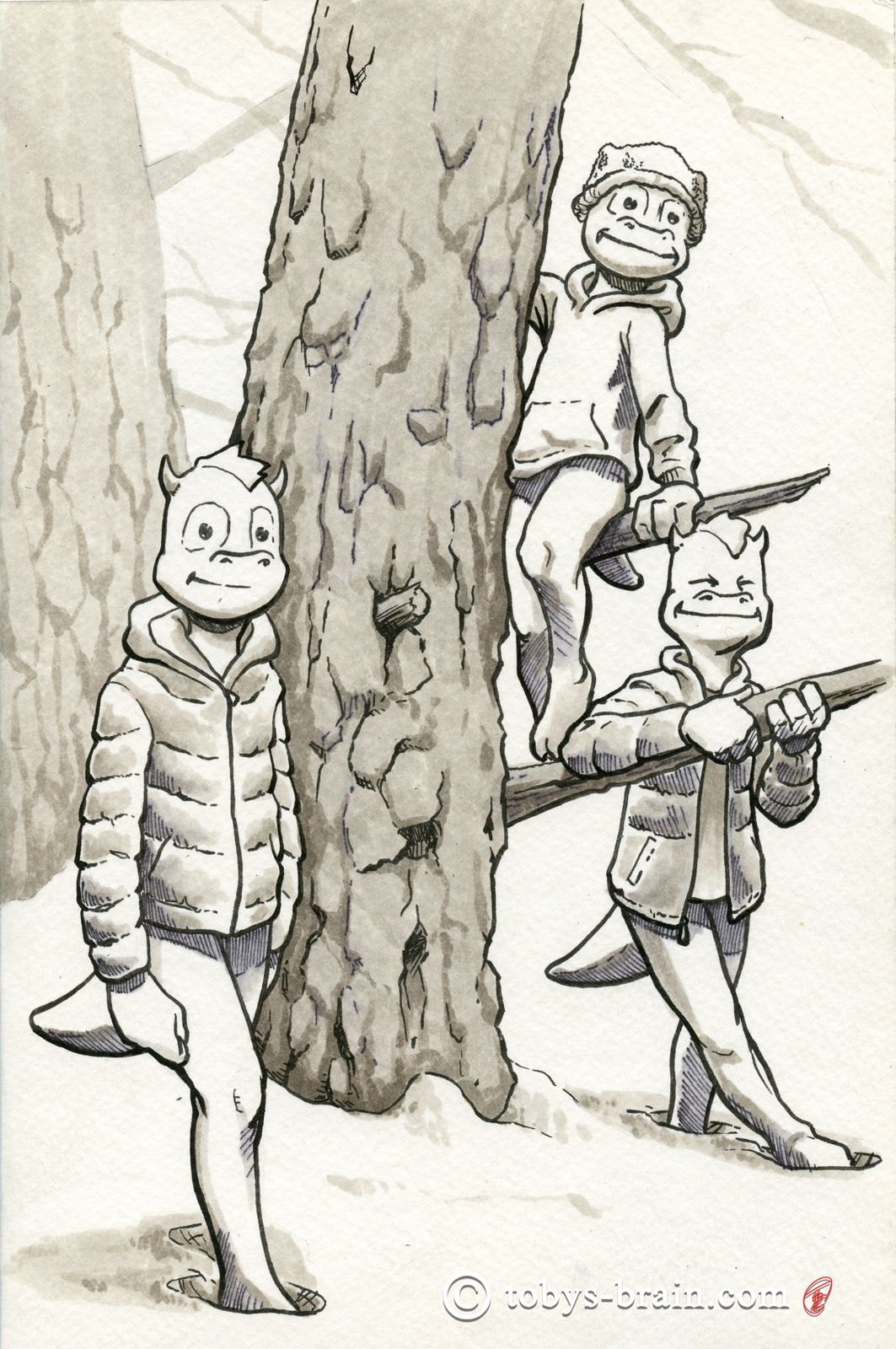 Another year, another card for my wife on Mother’s Day. The dragon/kids keep growing. It’s always a challenge to come up with a new image, as I usually try to have it reference something we’ve done of note over the past year. It’s tough when the things of note are often the same, like hikes we’ve taken. We certainly try to hike a lot, so reflecting that is fine. It’s just coming up with scenes and compositions that aren’t too repetitive. In the last few years, I’ve relied heavily on family pictures I’ve taken, which adds to the special-ness as the locations are generally recognizable. It’s a fun way to remember some of the adventures we’ve had.

I’m pretty pleased with this one, and I think the reason why is because I can very easily make comparisons from year to year. I’m definitely a harsh critic of my own work, I always see (and sometimes focus too much on) the mistakes, the flaws, the lack of skill (and despite what I just said two sentences ago, I see plenty of problems and things I think I should have or could have done better in this one). The trick is to use that as the fire to keep trying to get better, and to realize that I have gotten better. That goes for just about everything in life, as well: don’t focus too much on an end goal of perfection, but strive for consistent and continual improvement. Gain better perspective on the present by looking back at the journey to get here. It’s not easy, it’s often frustrating, but I’ve gotten a lot better about creating something and sharing it, warts and all, and moving on to the next thing. The more work I have behind me, the more confident I feel, but I don’t think I’ll ever shed the self-criticizing or the desire to be better.

For an historical look back at all the Mother’s Day cards I’ve made for my wife over the last 15ish years (I missed a year, somehow. I have no idea why), check the gallery after this post.

Anywhat, if you’d like to check out the timelapse inking of this card (I forgot to record the pencil process), turn your eyeballs over here.

I still have a bunch of “life” stuff on my list to tackle (the “life” stuff never goes away. It’s apparently a byproduct of being alive, I hear.), but I managed to get my first It’s Plunger Monkey Dynamo Time panel done since the end of November 2018, so that’s cool. I’m already looking forward to the next one.