Since I was crazy busy last week getting ready for company to spend the weekend while simultaneously getting my oldest ready for his week at Boy Scout camp, today is the perfect day for a Studio Stuff update. 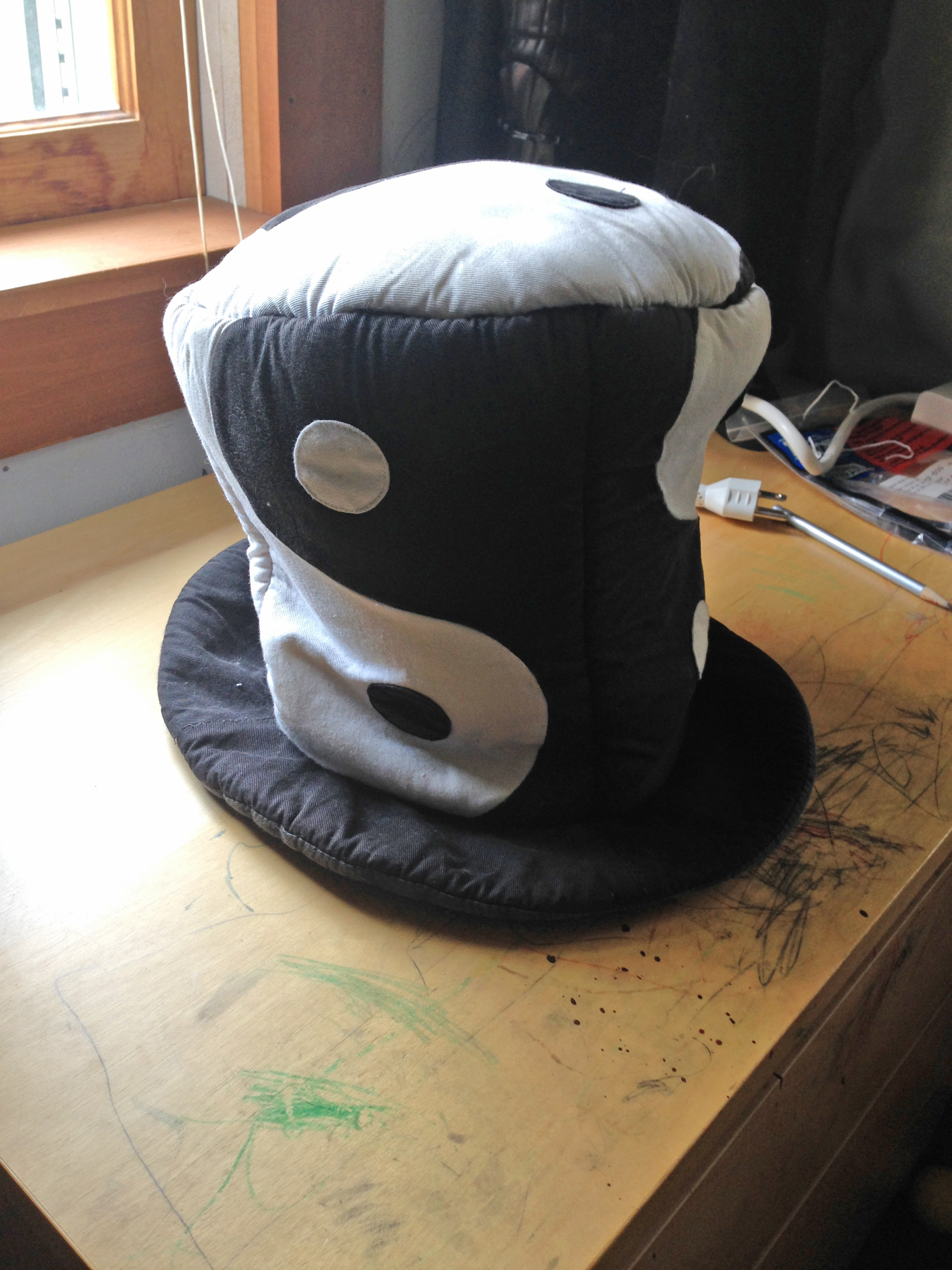 I bought this hat my senior year of college, partly because it’s fun and cool, but also as a stab at some self therapy. You see, I’ve always struggled with self esteem/self worth. It’s a bit better now that I’m older, but I still deal with it. Back in 1999, I was pretty depressed. I was burnt out from school, I didn’t know what I wanted to do with my life, I didn’t think I’d ever accomplish anything, my dreams were vague, I thought everyone hated me…it was a pretty dark time. I walked into a mall store (Spencer’s Gifts, I think. Do those still exist?) one day and locked eyes with this hat (just pretend the hat has eyes for now) and decided I had to have it. It was crazy and fun and made me laugh when I really needed to. I was a bit more outwardly expressive and goofy back then, especially around friends like Jorj. Part of my reasoning for wanting the hat, which I knew was going to draw attention and comments, was that I always felt people were talking about me behind my back, but now I’d at least know what they were likely talking about. Not exactly sound reasoning overall, but there is a bit of Toby Logic to it.

The yin yang is a symbol with a lot of meaning for a lot of people and cultures, and it has always resonated with me. The concept of ever intertwined dualities, that things are only understandable and only exist because of their counterparts, and that is where harmony comes from, is a philosophy I ponder frequently. There is no dark without light, and one cannot understand what light is without having experienced dark. But it’s not a “black and white” contrast. There is a white dot on the black swirl, and a black dot on the white swirl. When it is light, there are shadows (dark), and even when it’s dark, there are stars (light). It’s a symbol that depicts harmony, balance, and the ebb and flow of life. It is a symbol that provokes some healthy observation and thinking about the world.

Anywhat, this hat provided a small pick-me-up when I was in a really dark place mentally. I don’t really wear it anymore (though perhaps I should. Ever since college ended I’ve struggled to express myself outside of art and writing, almost like I fear expressing happiness, or any extreme emotion. I miss being silly.), occasionally my kids wear it for Crazy Hat Days at school.  But, it’s still here, on a shelf in my studio, perhaps waiting for me to don it once more and give in to the Plunger Monkey within. 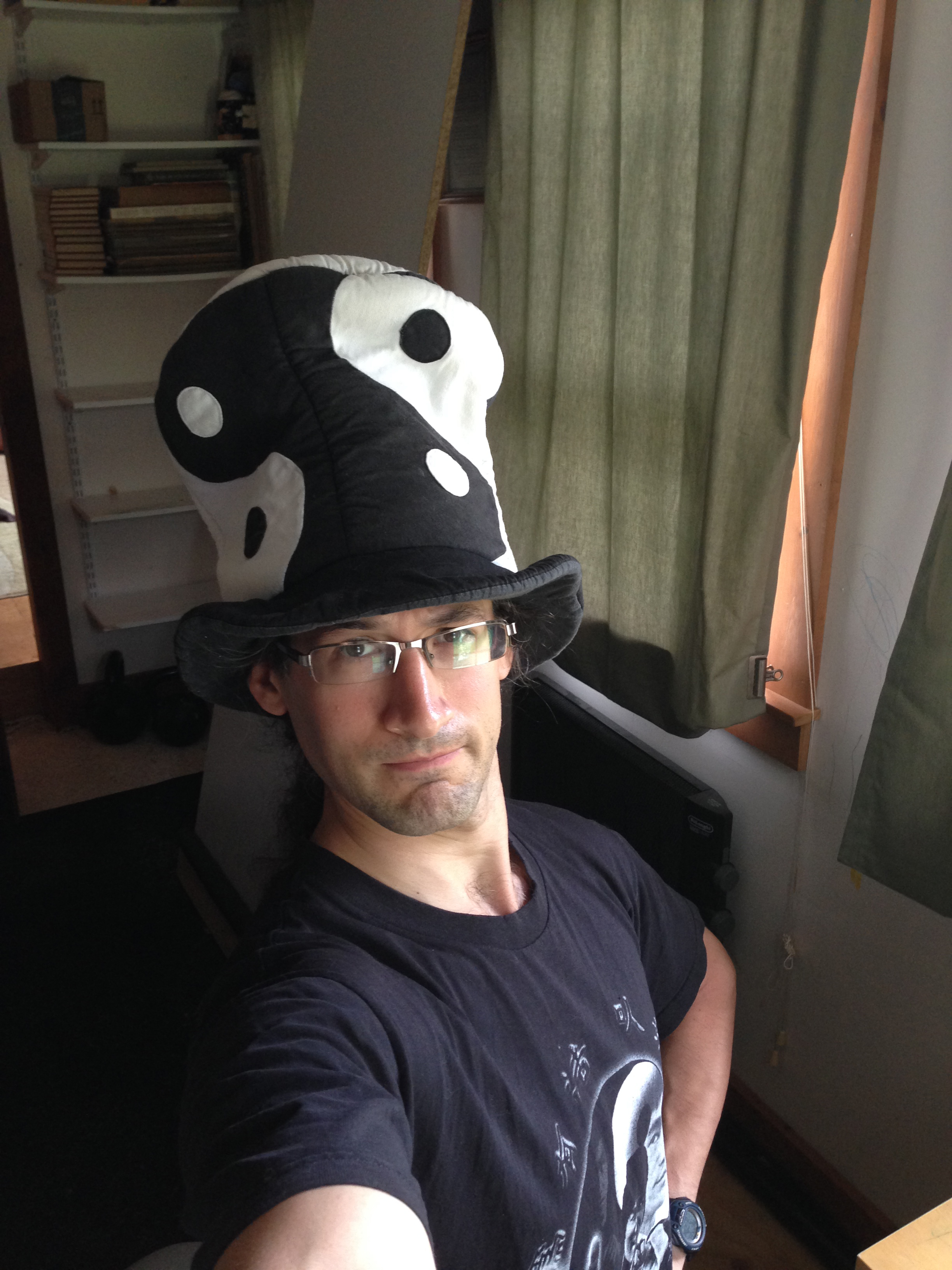 I know what you’re talking about…