Well, hello there! Yes indeed, I am still alive! I realize it has been quite a while since the last site update, but if you’ve been following me on FB or Instagram, you know that although I’ve been extremely busy, I haven’t been absent from the studio. Not completely, anyway. I’m even further behind on things I wanted to post about, so some of those ideas might just get canned (they probably weren’t all that interesting to begin with). There have been a lot of developments in my art life, as well as real life, but before I get into some of those, let’s get to the reason for this post: 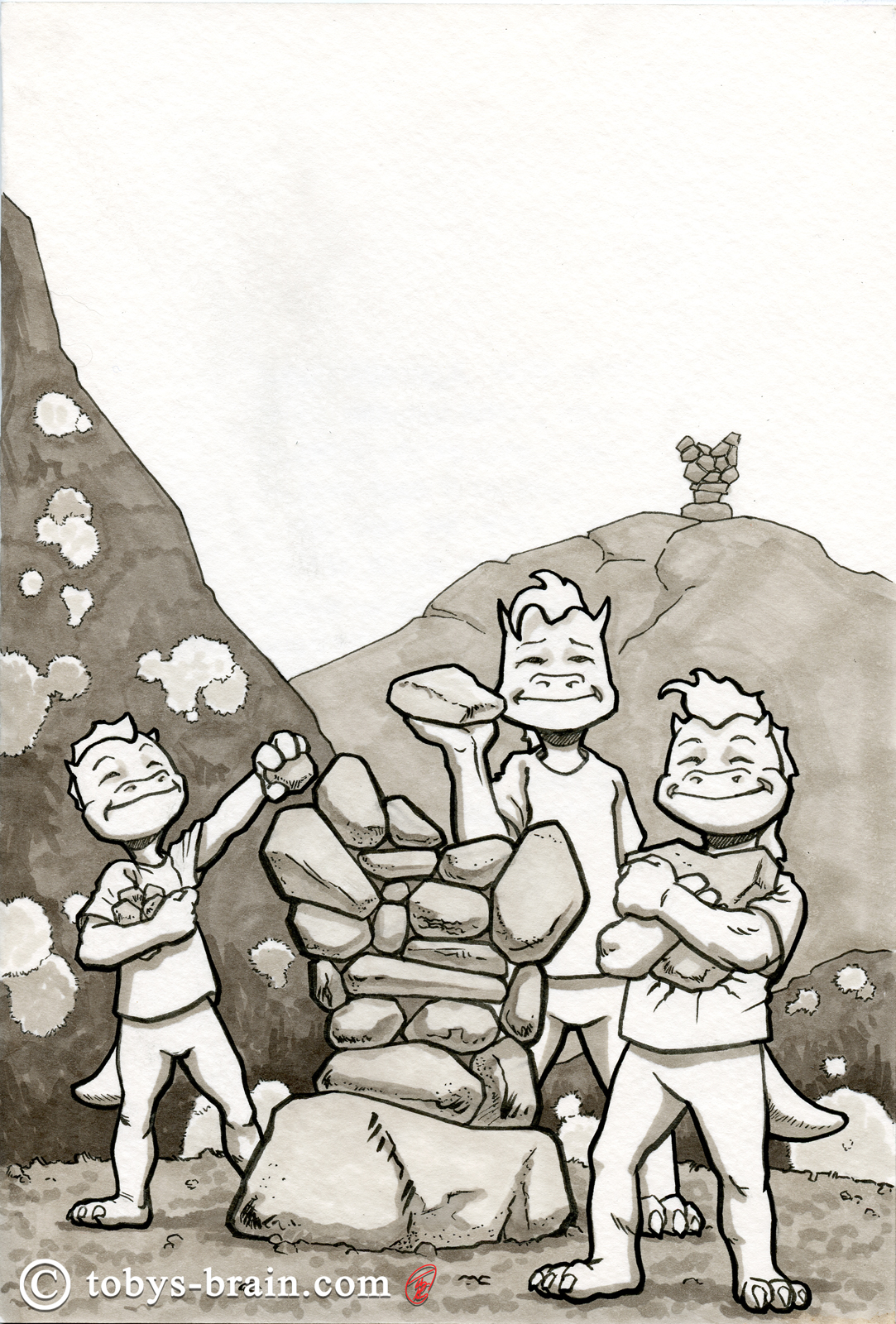 Yep. Unless you have been living under a rock (…see what I did there?), Mother’s Day 2017 just happened for all those who celebrate such things. That means I made another card for my wonderful, spectacular, supportive, understanding, and tolerant wife! I kind of look forward to making these each year, they have become a great benchmark for me to measure my artistic progress from year to year. I’m definitely more confident in my linework, which translates into working faster (though they still take a few hours to complete). In the last few years, I’ve been keeping some photos of our kids handy so I can translate them into dragons better. It’s almost as fun watching these illustrations grow up as the real things (and on some loud days, it’s better). So, a great, big, heartfelt thank you and I love you to my wife for being such an important part of my life. She’s truly my other half, my teammate in life. Just as importantly, an equally huge thank you and I love you to my mother, who continues to support me and give me strength and advice. And since I’m on a roll, love and thanks to all the other mothers in my life, my memere, my aunts, cousins, sister, sisters-in-law…all of you.

If you have been following me on Instagram or FB, you know by now that I’ve finally finished 10 Things! Well, mostly. I have some tweaks I want to go back and make to make sure the overall look is consistent, since I’ve worked on it across many years at this point. I also need to do the quick history write up, and then it’s just figuring out how and where to publish it. I’m pretty excited to be so close to actually putting something out there of my own (as opposed to commissioned works). I may still hit my self-imposed deadlline of having it available by the start of summer!

Speaking of 10 Things, as I was working on the cover, I decided to revitalize a mock logo I made over a decade and a half ago when I was first puttering around with Revery. The story was still pretty vague, but, at the time, I had a very specific vision of a cover (which no longer makes much sense and is fairly lame by my current standards), so I made one. I thought it would be amusing, lacking any other publishing bits and details to include on the cover, to draw my own publishing logo,which of course featured PMD. It was simple and I really like it, so I’m dusting it off and giving it some attention again.

I got side tracked mucking around with the basic design (the one on the left), playing with all the features available in the layer styles. There’s a lot I want to learn about those functions. The middle two logos are my versions of some things I picked up from tutorials, and the last is just one of my own. So many possibilities…these could easily be altered into some cool shirt designs (ooooh man, I just gave myself sooooo many ideas…)

In other art news, I finished up (more or less) a commissioned book cover that will show up here eventually. I have to get cracking on tshirt designs for summer camp for both the Troop and the Pack. Speaking of which, did I mention here that I’m the new Scoutmaster of our Troop? Yeah, I’m the new Scoutmaster of our Troop. It’s great to work with and be a positive influence on the youth, but it is quite a lot of work, hence my absence here. I’m starting to get things figured out, so hopefully I can be consistent with both my studio time and updates.

Since I sort of segued into talking about real life, another thing begging for my time is all the house projects that are always there, but several that need to be finished before we have family come visit for a week in July. That upcoming event finally pushed me enough to get the tub/shower installed in the master bathroom after 11 years (remember how tolerant and understanding I said my wife was? There’s your proof.).

I could go on endlessly about all the real life things going on and the art projects I’m itching to get to, but instead, I’m going to actually attempt to scratch some of them off the list…