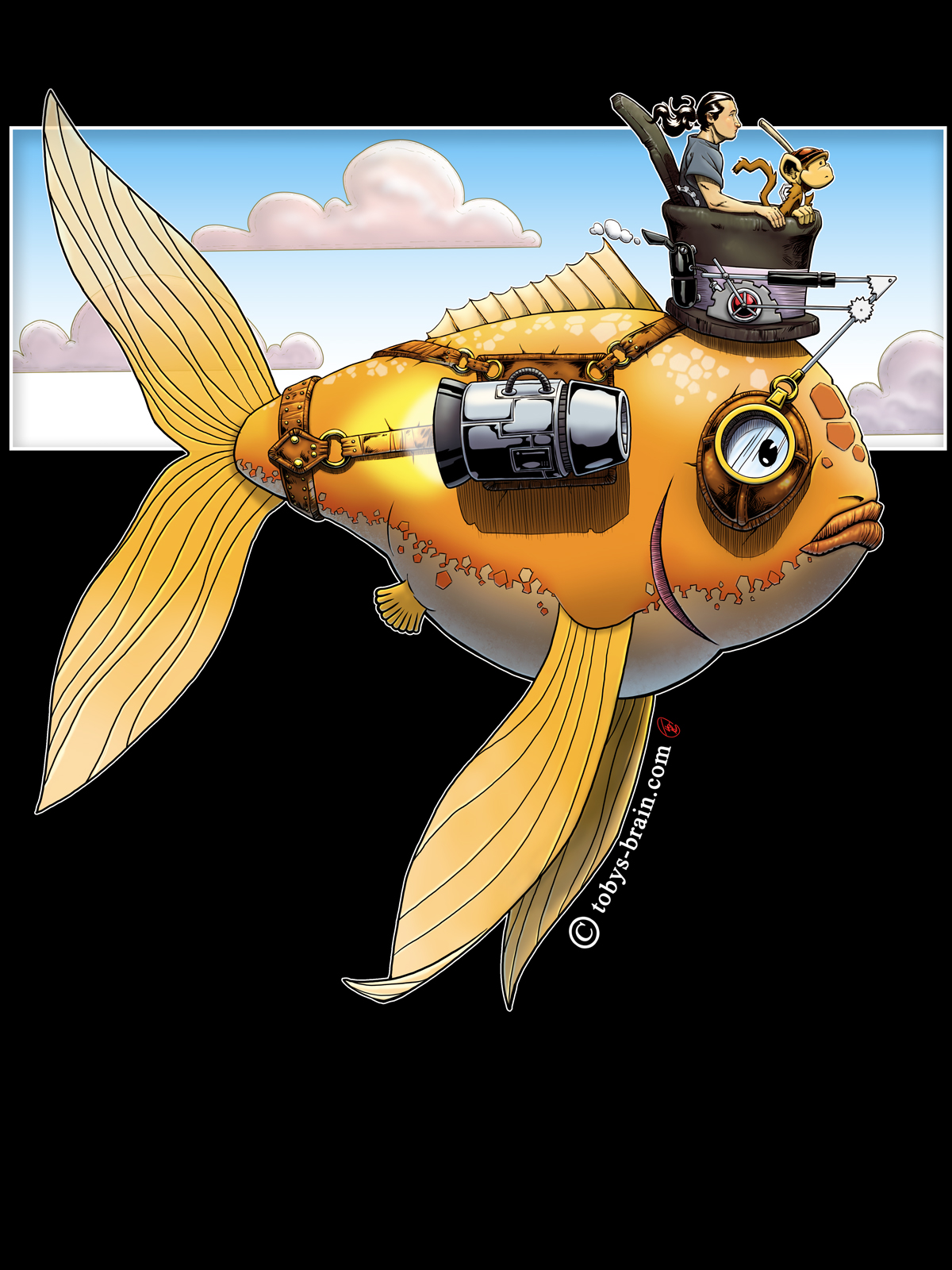 I crafted this image in Clip Studio Paint, which, as I’ve said many times, I love using on my iPad. It worked great for designing this shirt, and when I sent it over to Photoshop to do some final tweaks (the logo, metadata, converting it for upload, mockups…) it held up perfectly (I was a little worried about how the process would work, but it was PSD to PSD, so I shouldn’t have worried. Then again, this is me and this IS technology…). I noodled away at this one for several weeks, I kept wanting to push the design. I finally had to stop myself because I wasn’t making significant changes/improvements, I was just delaying getting this shirt out there.

So, what’s next? I’m going to see how well this shirt does, given it might get a little traction with some steampunk and comic enthusiasts (if they find it). There are always more ideas, plus old ones to revisit and post. I have several YouTube timelapse drawings that I’m ready to put out there, I just need to start the uploads when it won’t kill our internet (which means the middle of the night…which I haven’t been able to remember to do). Of course, there’s always more IPMDT, getting moving on some of the graphic novel ideas, trying to do something with 10 Things…I have plenty to keep me busy.

Oh, by the way, his name is Fishy McFishington of the Cloudworth Fishingtons. At least until my brain tells me something different. It hasn’t shown up in the strip yet, so it’s not “cannon”.