You know, I should have titled all these weekly posts as New Shirt Friday: (insert appropriate and/or witty subtitle). Oh well. 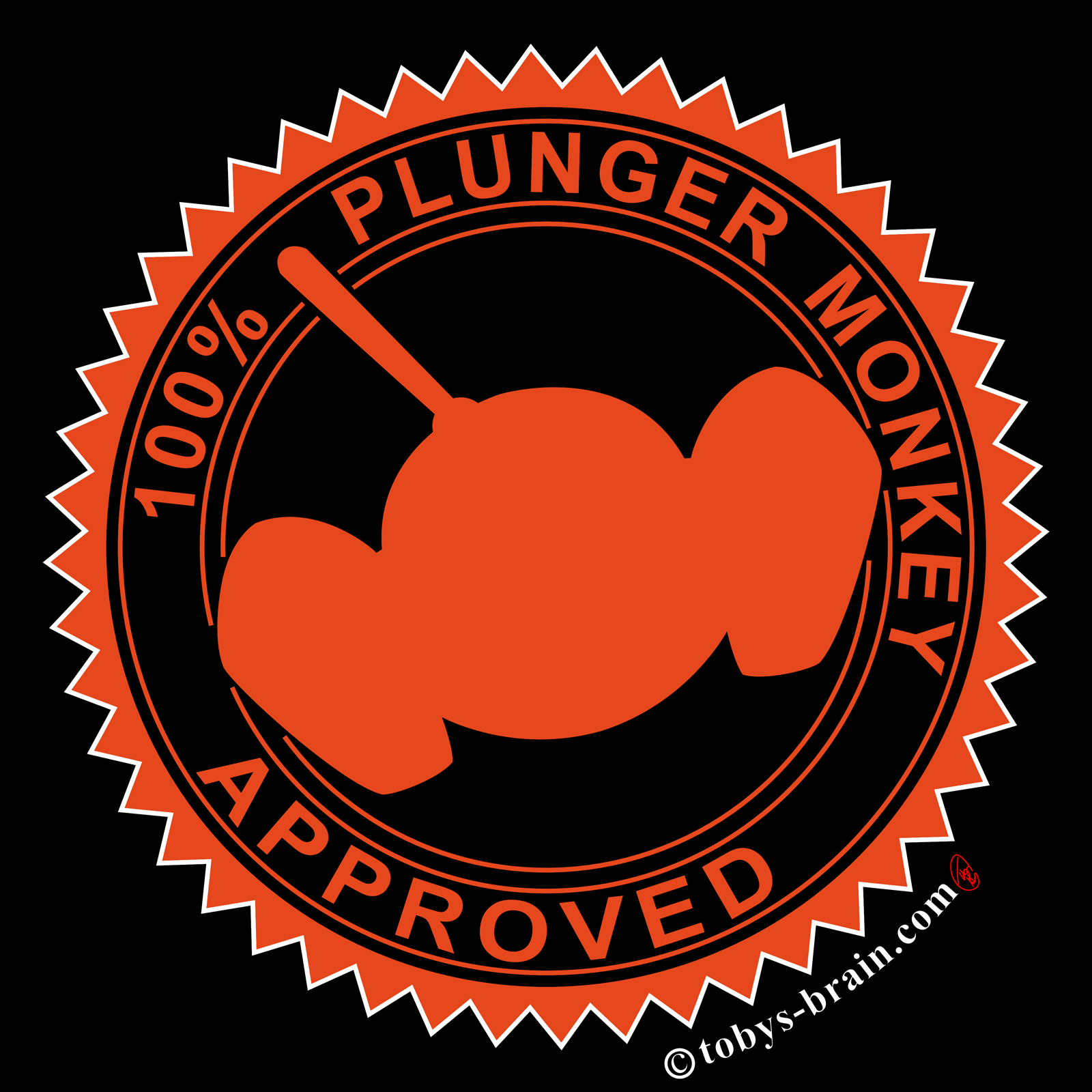 I like the badge/stamp motif. I came up with several variations of this particular design (not uncommon for me) and struggled to chose one to go with. The others will likely get a few tweaks and be available at some point. Maybe I’ll do a new 100% Plunger Monkey Approved shirt every year or something. It’s a simple, clean design and I like it. I had wanted to add some texture to it, make it look weathered, but none of the techniques I tried looked right to me. That’s one of those things I’ll tinker with at some point.

I also made some headway on the hinted at (did I really hint, or did I just come out and say it? I can’t remember now) 10 Things shirt. I mocked up almost 20 designs, which really bogged down Affinity Designer on my iPad (I think I was abusing the artboard feature a bit much). I wasn’t sure how I was going to approach things, whether there would be 10 different shirts, each with one of the “things” on it, or if I’d pick select “things” for a handful of shirts, or if I would try to incorporate the “combined” images. I was uncertain.

Then my middle son, who knew I was working on 10 Things shirts, peaked over my should and said “Oh, I thought you were going to do X”. I can’t believe I hadn’t thought of it myself, but it was brilliant. I quickly put that design together and it’s pretty much ready to go for next Friday, though this is me we are talking about so I am definitely going to be tinkering with it up until Friday morning.

I also started a random illustration. It’s always fun when an image hits me organically, when I sit down to sketch with no particular idea in mind and something comes out of it (thank you, Brain). I’ve been working in Affinity Designer a lot for the shirt designs. It’s vector based, and vectors are cool. I like the sharp, crisp shapes and lines and the depth of edit-ability for graphic images (i.e. it’s great for certain types of shirt designs). It currently lacks a few features that I rely on in Photoshop, like certain filters and especially the mesh transform/warp function. AD’s companion product, Affinity Photo, has those features. I finally bit the bullet and bought AP, rationalizing that it wasn’t that expensive, it’s a one time cost (unlike Photoshop’s monthly subscription format), and it would be cool to have those features accessible on the iPad. I opened a new file and started sketching, with the goal of just getting something down on “paper” that would allow me to then play around with the features I was interested in.

That never actually happened. I went in with an empty mind, and my Brain said “Oooh! I have an idea!” and that was that. I swapped the sketch over to AD (I also wanted to try out how easy or not it was to move files between the two apps) and decided that I was going to try my hand at vector inking instead of playing with filters and transforms.

It’s fun. Tedious, but fun. I can achieve those super crisp lines that I like, and there’s no pixelation. It’s infinitely scaleable. I’m trying to find faster ways to work, but it will never be as fast as inking in a raster format. It’s great for one-off illustrations or shirt designs, but it won’t work for me for comics (not that I was looking for it to). Hopefully I’ll finish it over the weekend or early next week to share with everyone.

Speaking of next week, aside from tinkering with the 10 Things shirt (and one other thing I have on my mind), I should be trying to get back into IPMDT and Inside Toby’s Brain, which I’m looking forward to. I just posted the last IPMDT strip, #81, with this site update, so it’s time to get cranking again. I have so many different projects and so many different apps and/or media I want to work in, there’s never enough time. I love working in AD, but I also love using Clip Studio (for comics and some illustration), Photoshop (for anything under the sun), Procreate (for some illustration work), Sketchbook Pro (for, well, sketching), as well as traditional pencil, pen and ink, and paint (and various subsets and combinations of all of that). It feels like having a bunch of kids that you never seem to pay enough attention to. Or something.

Anywhat, this is another late update due to slow internet (though at least this week I didn’t make a bunch of mistakes and upload the wrong files a few times), and I have to move on to other things. One more New Shirt Friday left (for now)!